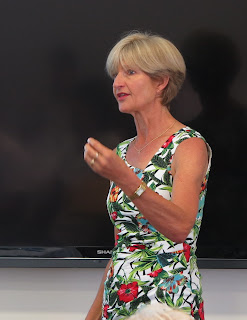 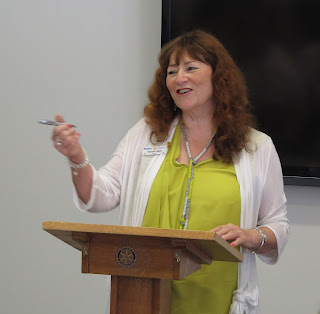 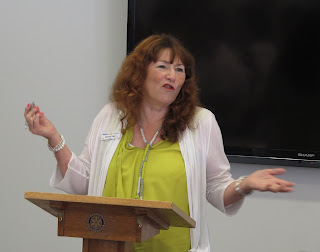 President’s Address
Judy spoke about the survey from Sue for us all to fill in.  Board meeting last night.  something “not very well organized” (didn’t write down what)
Mark organizing Blue Cards.
Judy will be more careful sending forms round the meeting as she is still waiting for last week’s.
Next week we have RYDA, a BBQ at USC.
The week after a Bunnings BBQ on 15th Oct.
Hat day coming up, and the Polio Plus Movie Night - numbers needed this Friday - so probably too late now as it’s Sunday & I’m still writing this.
Next week our meeting is at Ben Bennett Park to celebrate the Club’s 61st birthday. 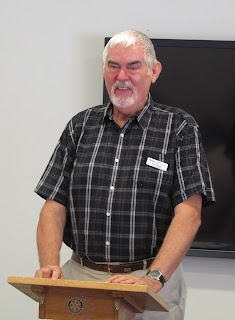 Speaker
Chris introduced Mandy.
She represented Australia in triathlon, and is now a motivational speaker. 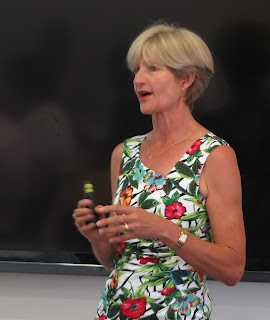 Mandy talked about her career as a mindset coach for life and business. 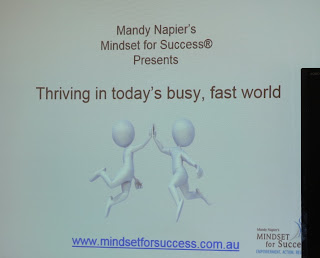 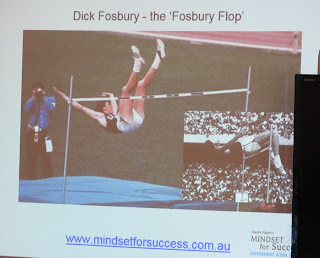 People succeed because they see something that others don’t.  A good example is Dick Fosbury at the 1968 Mexico Olympics. There was a small change to the high jump environment, with the landing material changing from wood chips to foam. This allowed Dick to jump differently and land on his back.  His 2.24m jump won gold and changed high jumping forever.  See Wikipedia if you’re into the specifics.
https://en.wikipedia.org/wiki/Fosbury_Flop
(so you can still succeed even if you’re a flop) 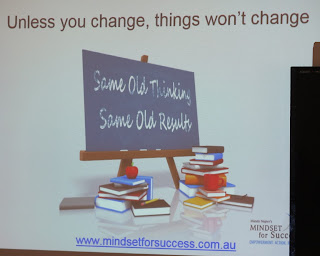 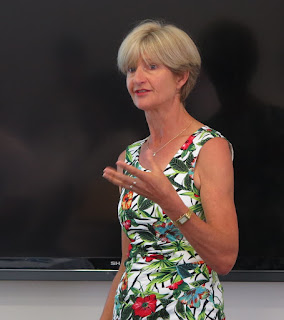 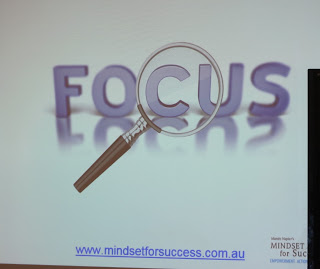 To change what we are doing (or not doing) we need a good strategy. 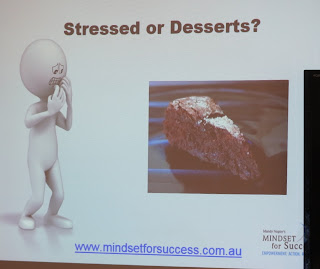 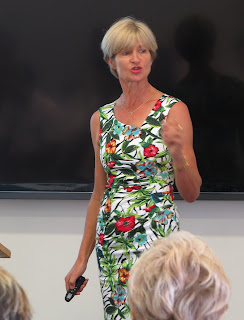 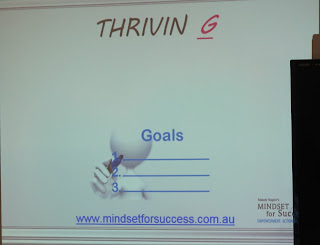 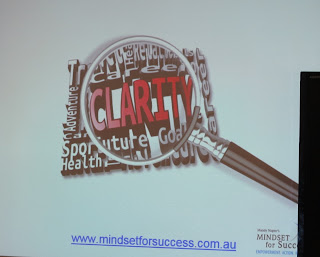 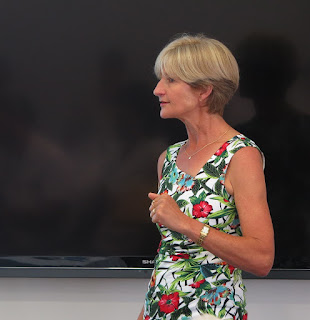 Starting at the end with the letter G,
“G” is for Goals - write them down.  It’s easy to get distracted.   Athletes have clear goals - not always easy for the rest of us.  Deadlines often work.  92% of New Year’s resolutions fail, but remember 87.2% of statistics are made up on the spot.

Why do we fail?  Because of habit, staying in our “safety zone” not liking change, and because we are wired for short term rewards.  I’ve just typed 369 words - can I have a lolly now? 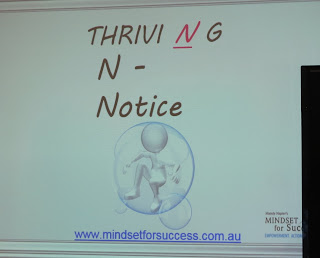 “N” is for Notice 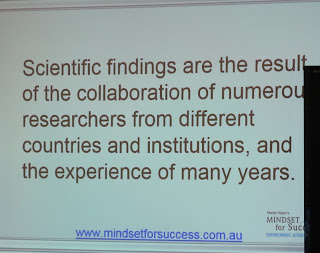 Check the number of Fs test.  Everyone misses the “of”s.  What we don’t easily see is where the opportunities are.  The “Black Spot” essay  (Help - what is that?) the Uber example, and Australia Post - how quickly things change. 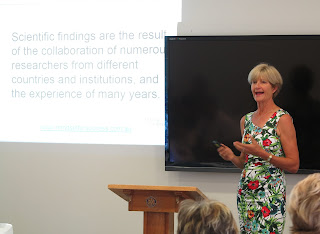 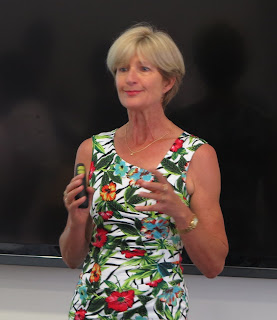 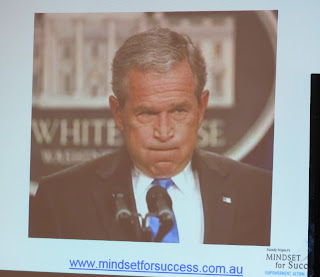 “I” is for inhale.  We are always in a “B U S Y” state “Bursting Under the Stresses of Yesterday” Stop & breath.  Harvard studies have shown that after 120 days of breathing exercises, the heart resonates at a different rate and satisfaction and calmness improves. 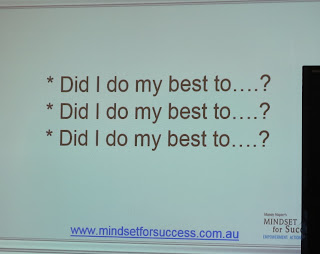 “R” is for rituals.  we are creatures of habit, and we exist in our “comfort zones”.  Aim for small steps not big goals.  They add up.  One small change a month adds up to 12 in a year.  Did I do my best to …?   You can think with your brain, heart or gut.  Sometimes your brain can get in the way of other signals 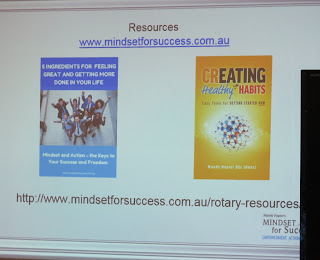 And there’s still a V, H T and another I out there - see, I did notice.
Maybe they’re in the book 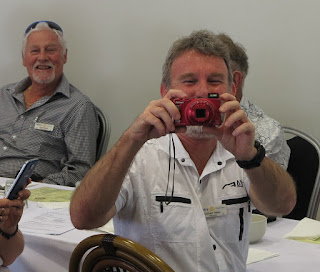 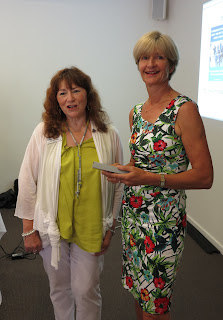 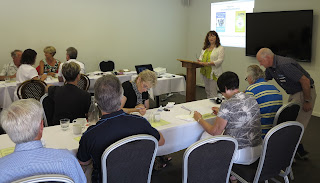 Sergeant “People are boring”Gerry got stuck into the people whose smart phones were dumb enough to stuff up daylight saving.

POLIO PLUS IS A SIGNATURE PROGRAM OF THE ROTARY FOUNDATION.
PolioPlus is Rotary’s priority program which supports global efforts to eradicate polio. It was launched in 1985, with the help of Dr. Albert Sabin, developer of the oral polio vaccine, as a worldwide program to protect children from the cruel and fatal consequences of polio. In 1988, the World Health Assembly challenged the world to eradicate polio, and since that time, Rotary’s efforts, along with partner agencies, including the World Health Organization, the United Nations’ Children’s Fund, the U.S. Centers for Disease Control and Prevention, and governments around the world have achieved a 99 percent reduction in the number of polio cases worldwide. By the time the world is certified polio-free, our contributions will make Rotary the largest non-governmental financial contributor to the global polio eradication effort.
THANK YOU FOR SUPPORTING ROTARY’S NUMBER ONE GOAL-END POLIO NOW!
Posted by Rotary Caloundra at 16:56