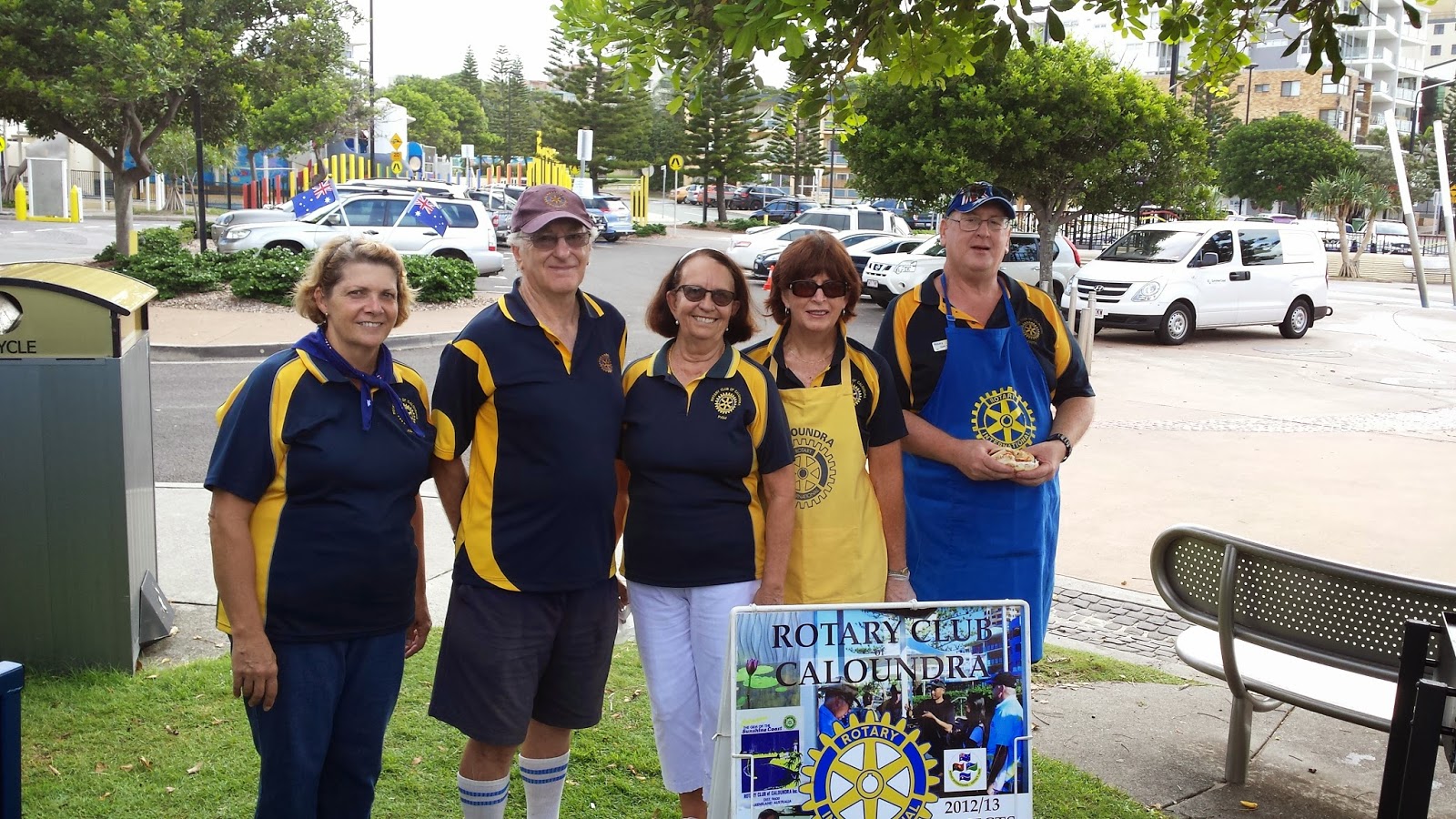 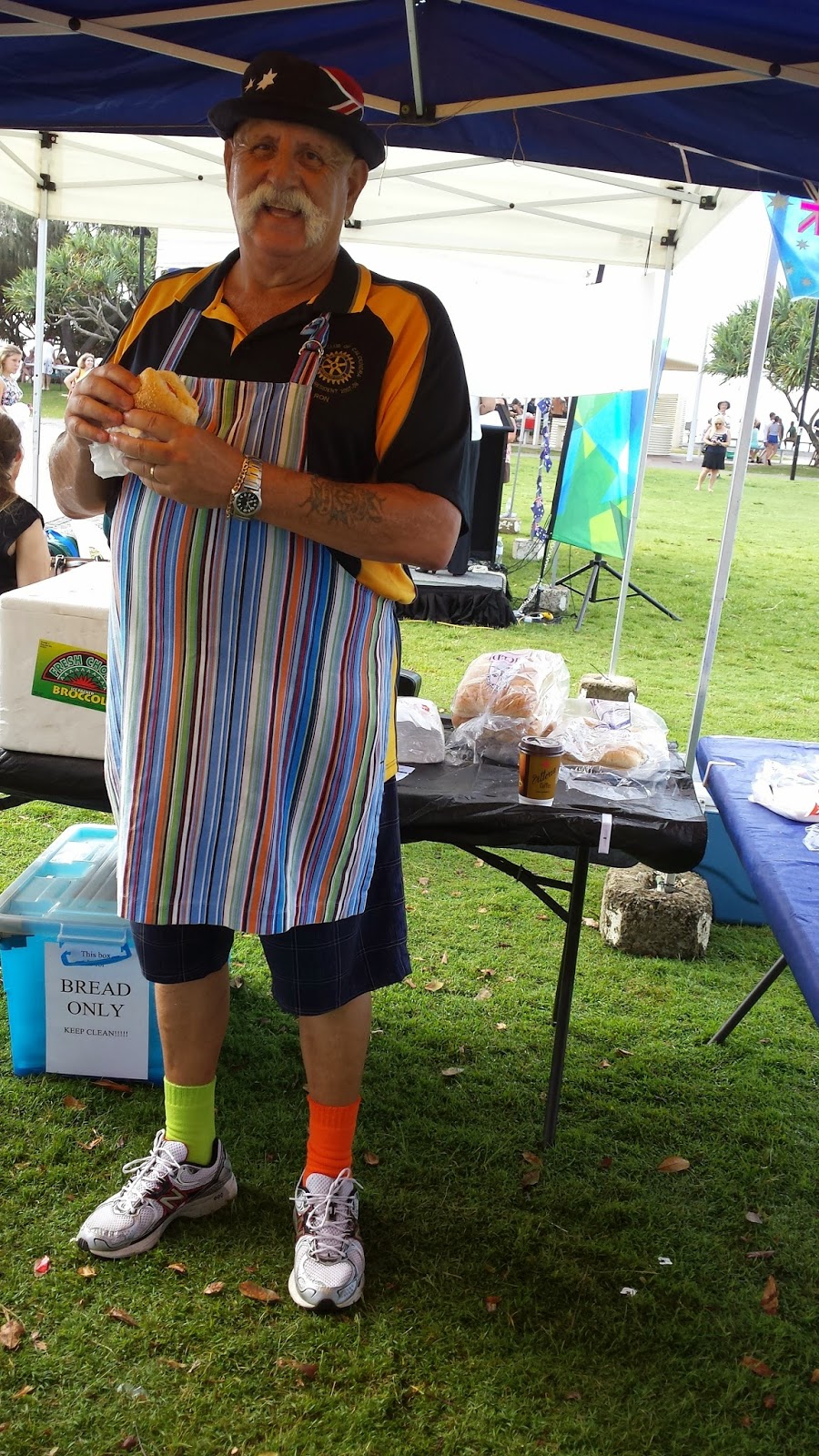 Posted by Rotary Caloundra at 16:57 No comments:

Makeups
BBQ … & does arriving when everyone else had given up count?

First order of business is Judy’s team for next year.  Deborah has put her hand up for Treasurer and Alf will do Membership.  President Elect anyone?  Don’t be shy!

One - We can team up with Vicki Taylor to do a Red Hot Chilli Festival.  Looks like the “bones” are already there.  Helen, Sue and Judy are red hot to be the committee.  We need to make some $$$’s from it.

Two - Car Boot Sale at Meridan State College.  RC Currimbin does a huge one.  Additional insurance for stall holders is available through District.  Need a committee…

Deborah called for further items from the floor.

Gerry re Golf Day - So far we have five gold & one silver sponsor and nine teams.  $120 to sponsor a hole.  Profit comes from sponsors but we also need the teams.
Ramp it up guys - we need more.

Darryl & Genta - Japan Trip - Will be on later due to delayed Cherry blossom season.  Experience the “real”Japan in a capsule hotel?

Bernie - Vocational - looking at a breakfast and tour at the bakery near Woolies
A special “Hi” to you Bernie.  We can carry on our secret communications in the Blog as I am well informed that you are the only one who reads it.

Alan - despite his best intentions as Treasurer, the General Account is “not quite there”
Seafood night?  Movie night?  Rob a Bank? - suggestions welcome

Judy - Mental Health month is October.  Good timing for a Fashion Parade with people needing outfits for Melbourne Cup. Shevita (no - not a breakfast cereal) opposite Spotlight already runs a parade and we could get involved.

Sergeant Noel kept us hopping as he emptied our pockets 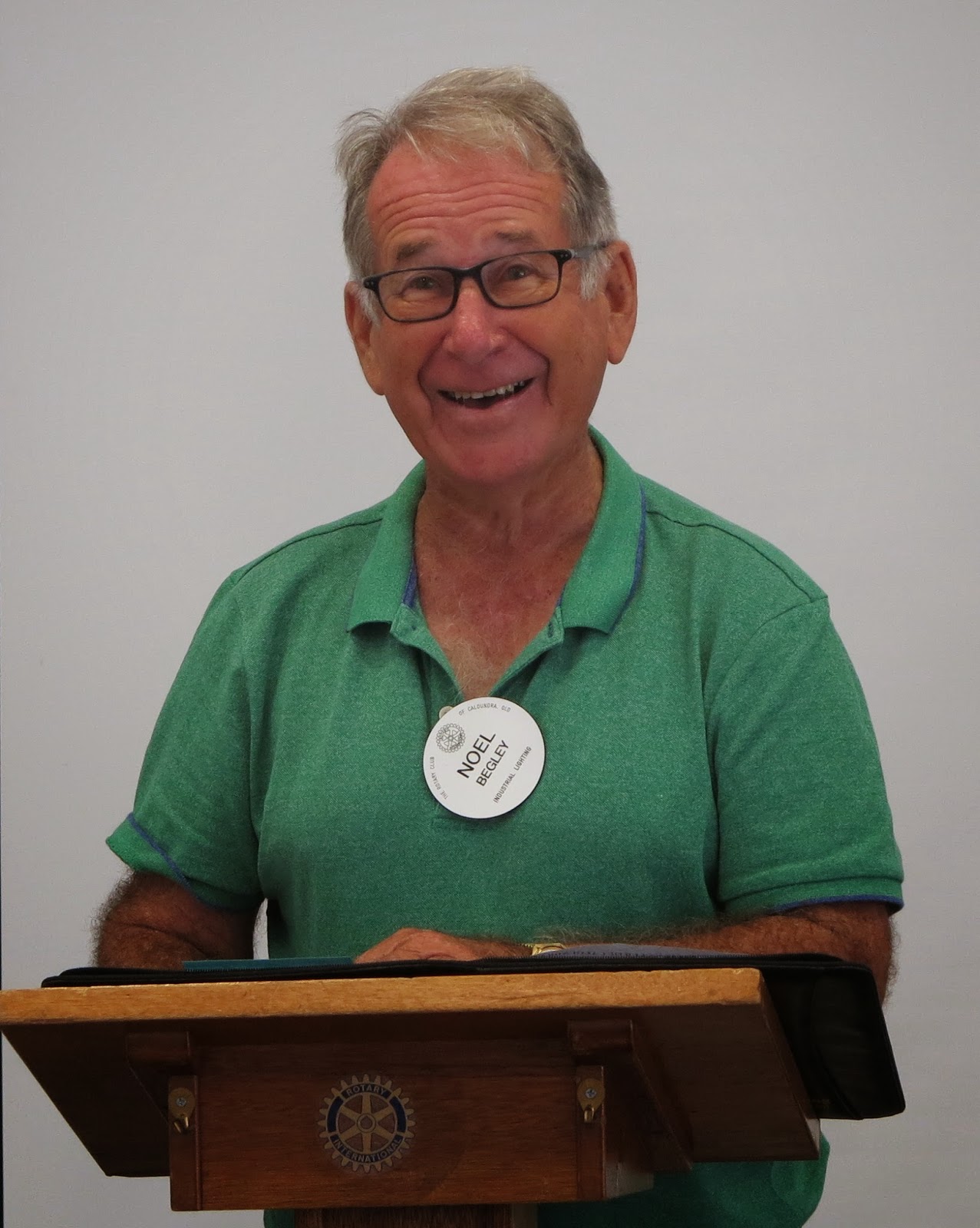 Would you trust this man?? 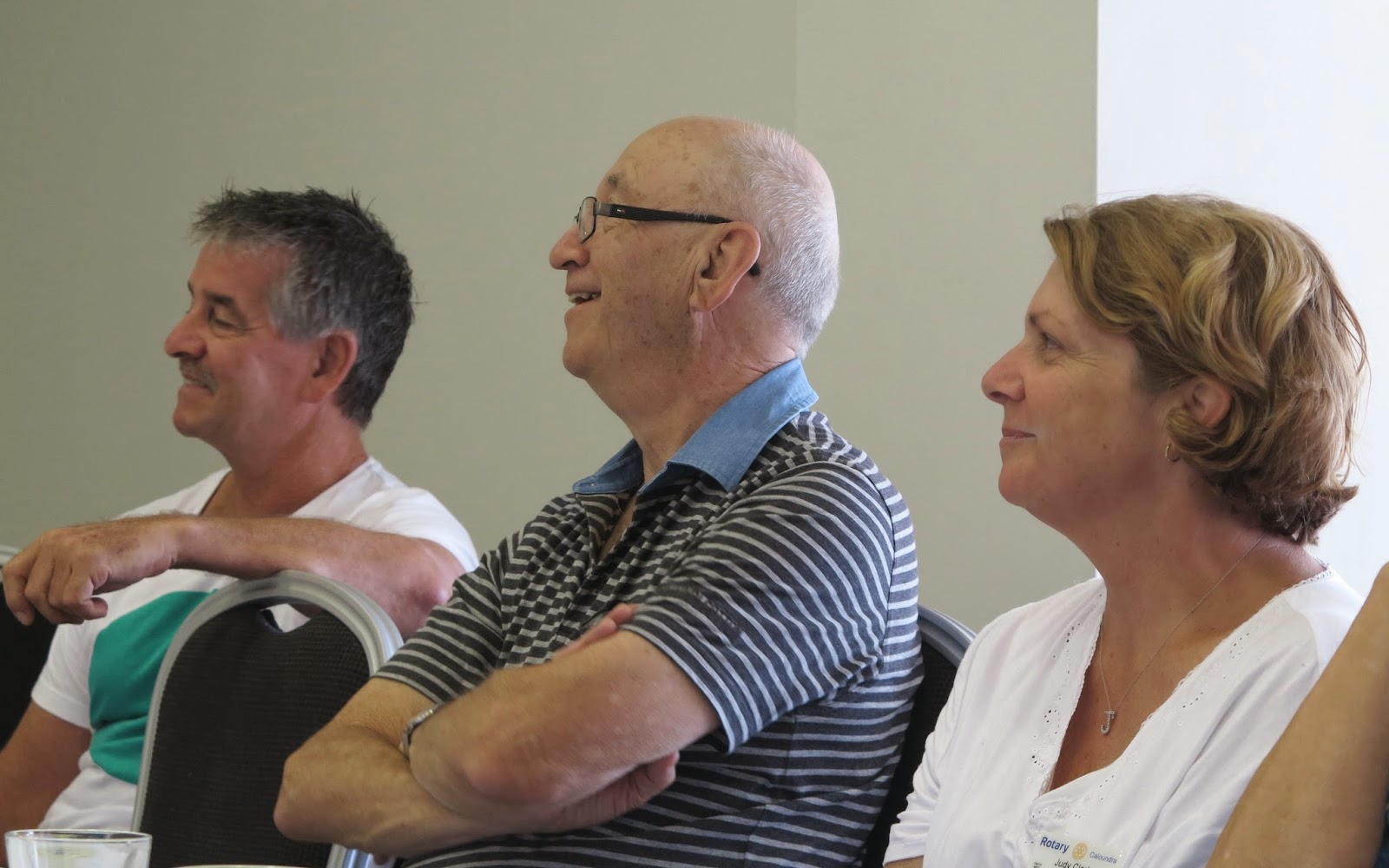 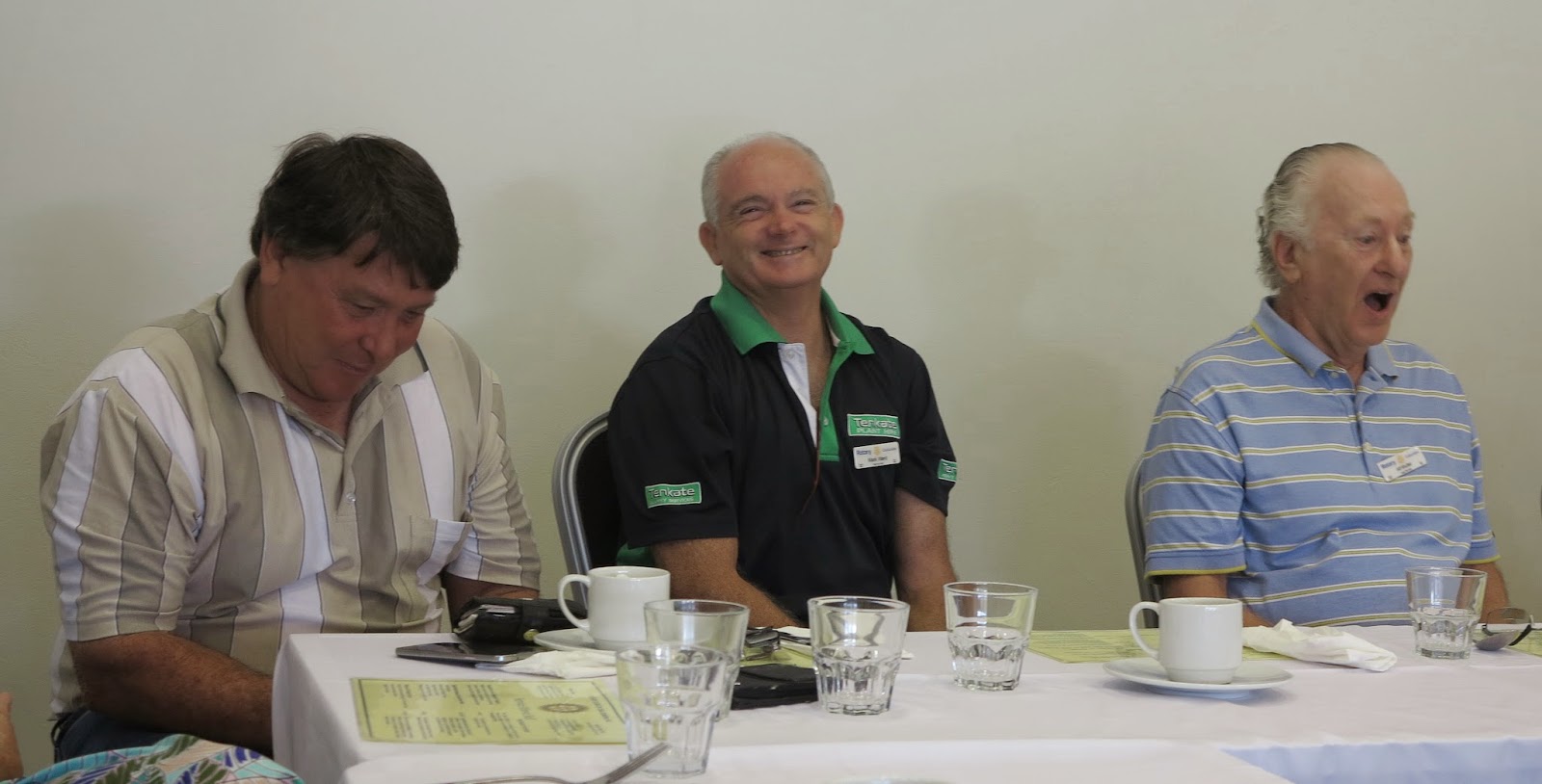 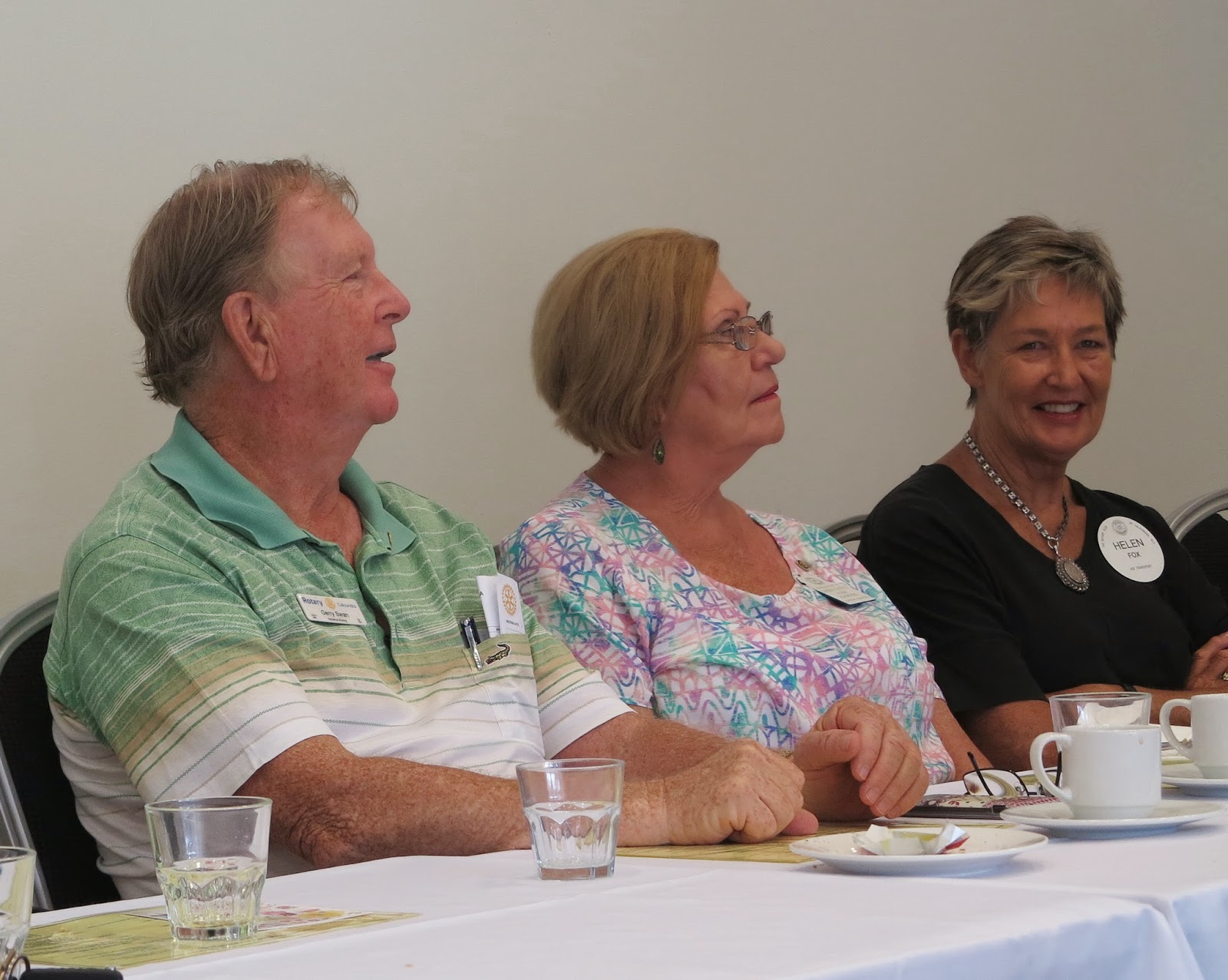 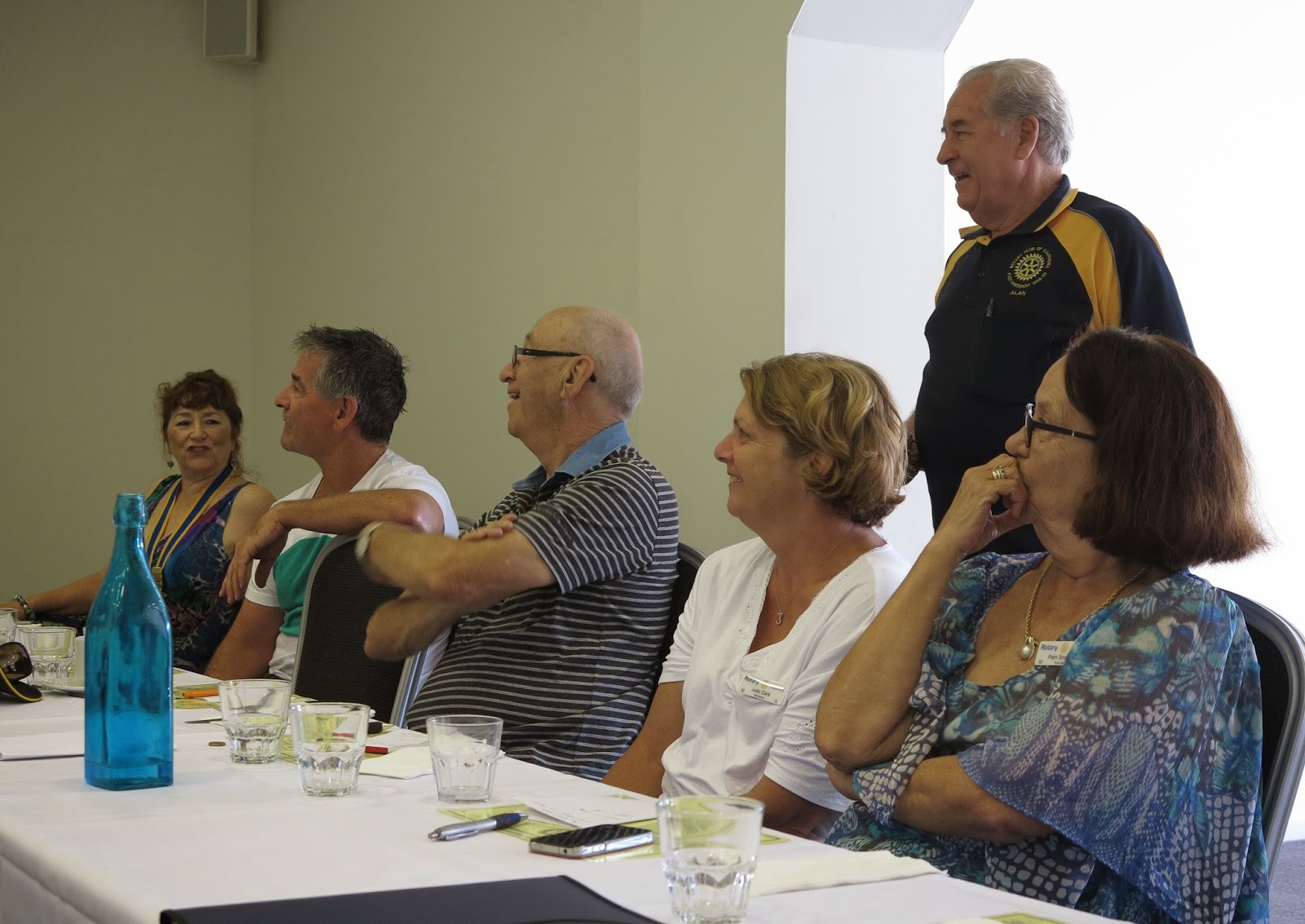 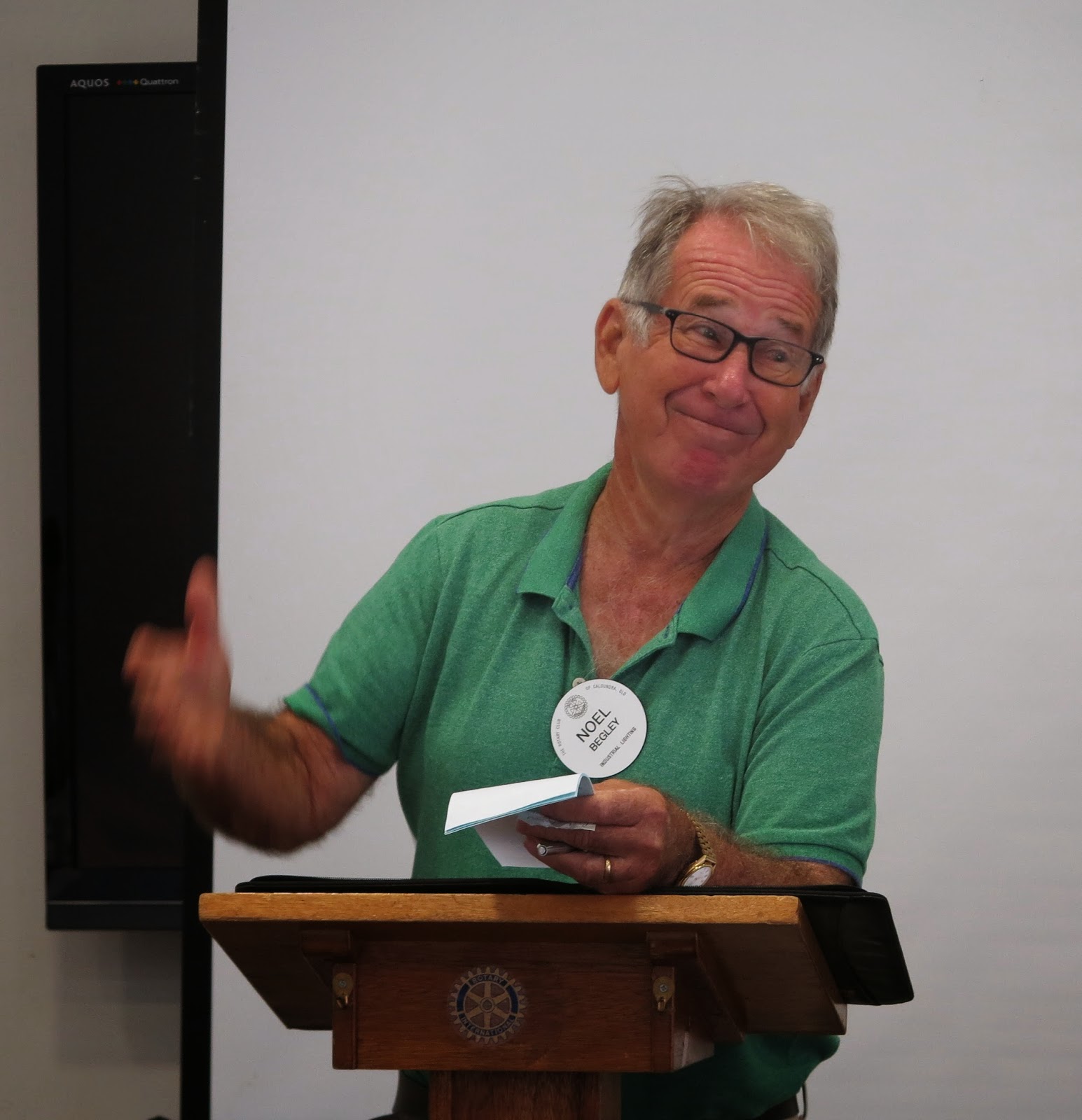 Posted by Rotary Caloundra at 16:57 No comments:

International Toast
Norm led us in a toast to RC Boroko, PNG.  Also i  District 9600, they meet in Port Moresby 6:00 for 7:00pm.  They run the Joke of the day competition in Pidgin English

President's Report
Welcome all.
RYDA meeting at North Lakes 1st Feb
Aust Day BBQ
Men’s Shed - Alan to be congratulated for getting the grant for the new shed

Glenys spoke of the various programs by the group.  When they started in 2001 erosion of the banks was a major issue, and they have been combating it with coir rolls backed up with lomandra plantings.  Other projects are tree plantings, and following the National “days” such as Rivers day, World Environment Day etc, and monitoring water quality in the system.  They have a good working relationship with Council.

The whole system comprises the I.C.O.L. lake and two river branches, and is now connected to Lake Kawana and the Mooloolah River.

Lights on the Lake started as a Christmas childrens’ activity by USC, but is now a major event with funding assistance from Council & Bendigo Bank.

Questions were about water quality indicators - turbidity, water flow, fish.
Friend of Currimundi Lake is a separate group looking at issues east of the Bridge. 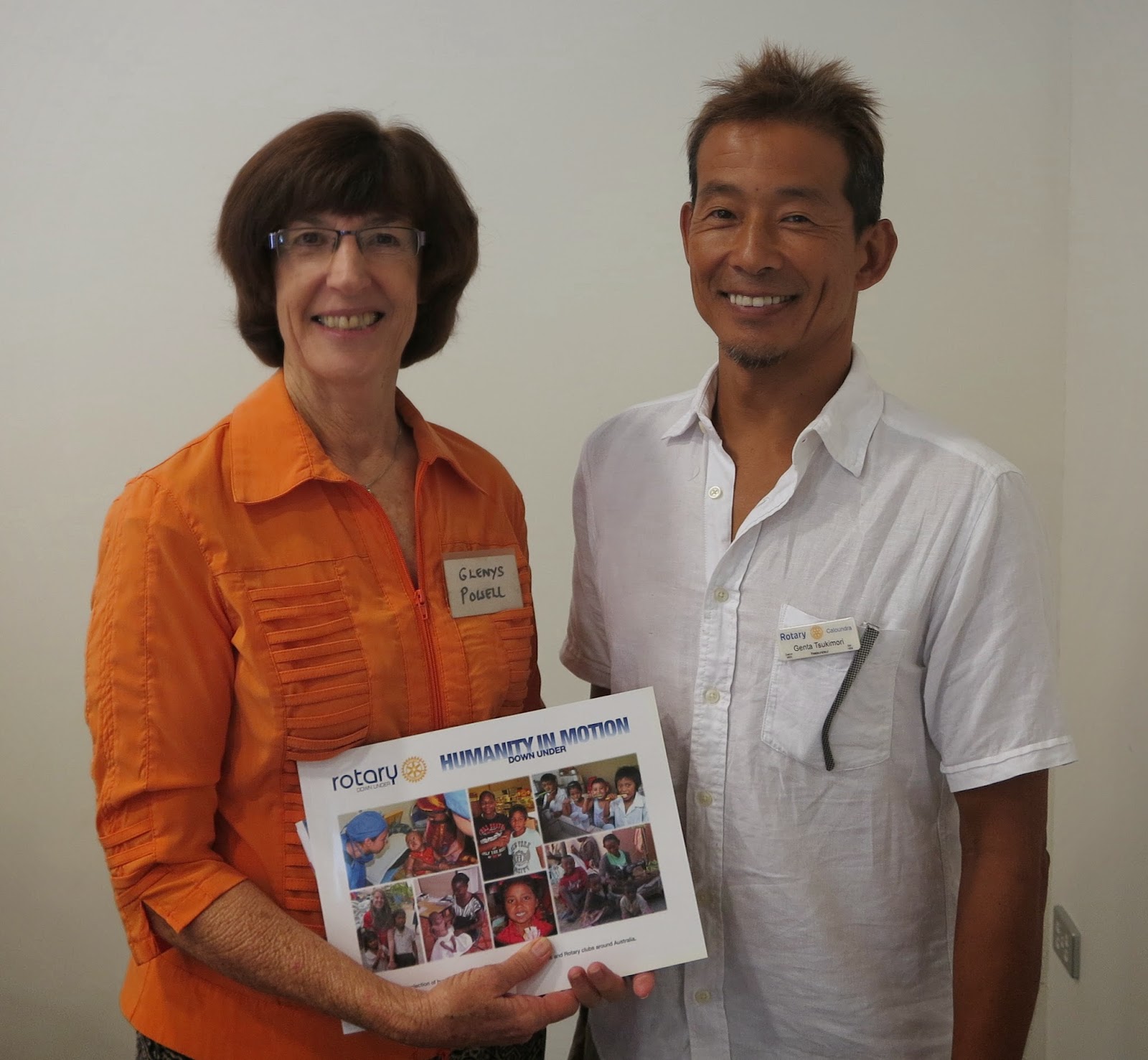 Posted by Rotary Caloundra at 22:51 No comments: 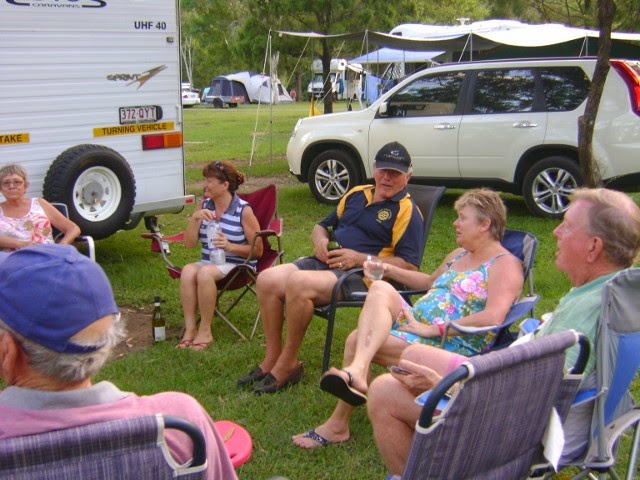 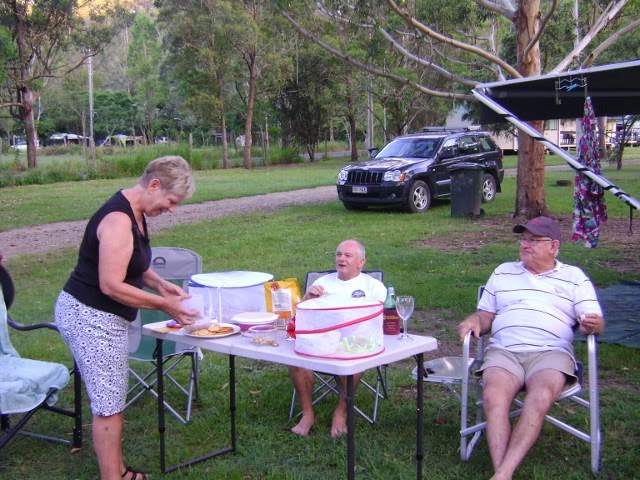 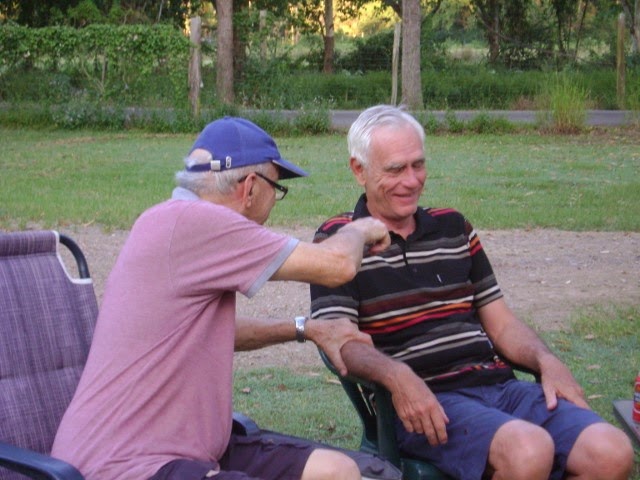 Watch out Ian
Posted by Rotary Caloundra at 13:37 No comments:

Chair
Mark checked up on our Rotary resolutions 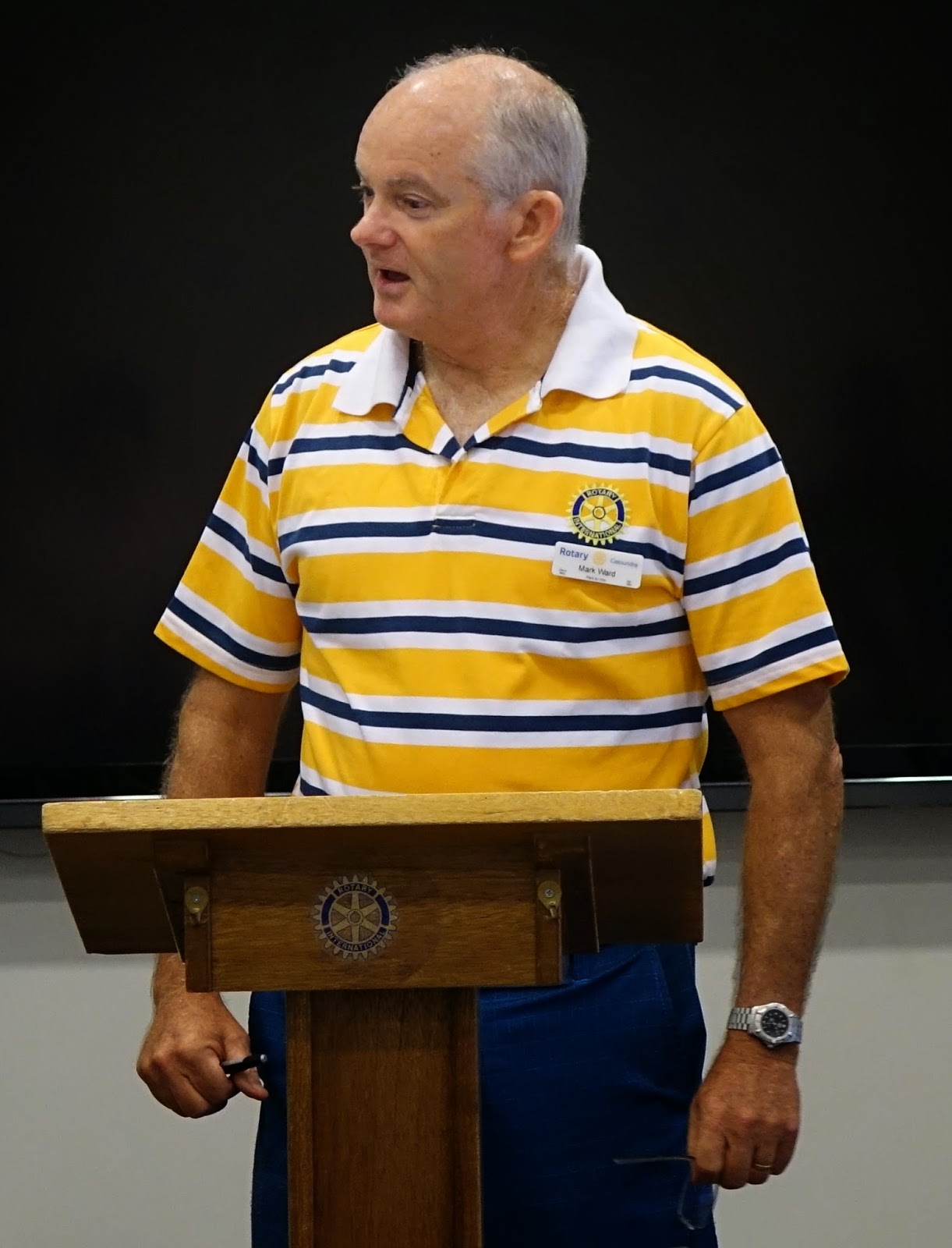 International Toast
Norm led us in a toast to RC Paris.  They are Club No 11380 and their big project is raising money for handicapped children 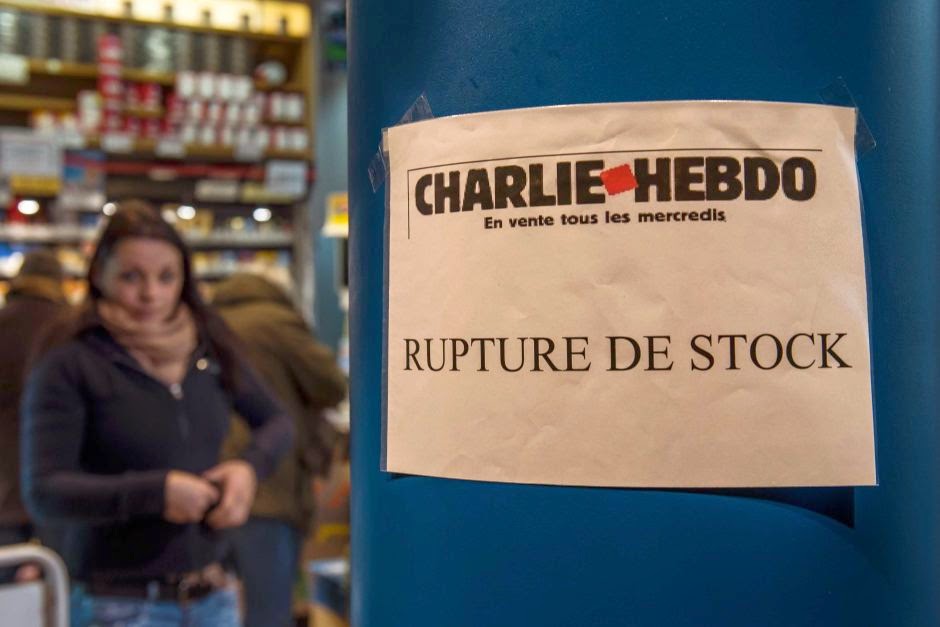 "Charlie Hebdo - sold out" is displayed outside a newsagents in Dunkirk.

Makeups
None, unless you count the extra keen members who showed up last week

President's Report
Deborah has booked us in for a BBQ at the the Australia Day event at Kings Beach.  Expect the smell of cooking sausages at dawn.  Feeding frenzy at 7:00, flag raising at 7:45.  If we survive that one we are on again at a February BBQ for Unitywater

Deb, Alan and Tim from Church of Christ will meet on Friday re the Mens Shed shed.

And in breaking news,

Hi All,
On behalf of President Deborah and the Caloundra Mens Shed just wanted to pass on some great news - we put in an application to the Gambling Community Benefit Fund in September for a grant of $25,775.00 to purchase a suitable shed for the Mens Shed Club to build to set up their operation - we have just had a phone call from Jarrod Bliejie to say that our application was successful - great news.
More to follow.
Regards,
Alan

Good work Alan
now if only we could find some keen workers able to actually construct the shed….. 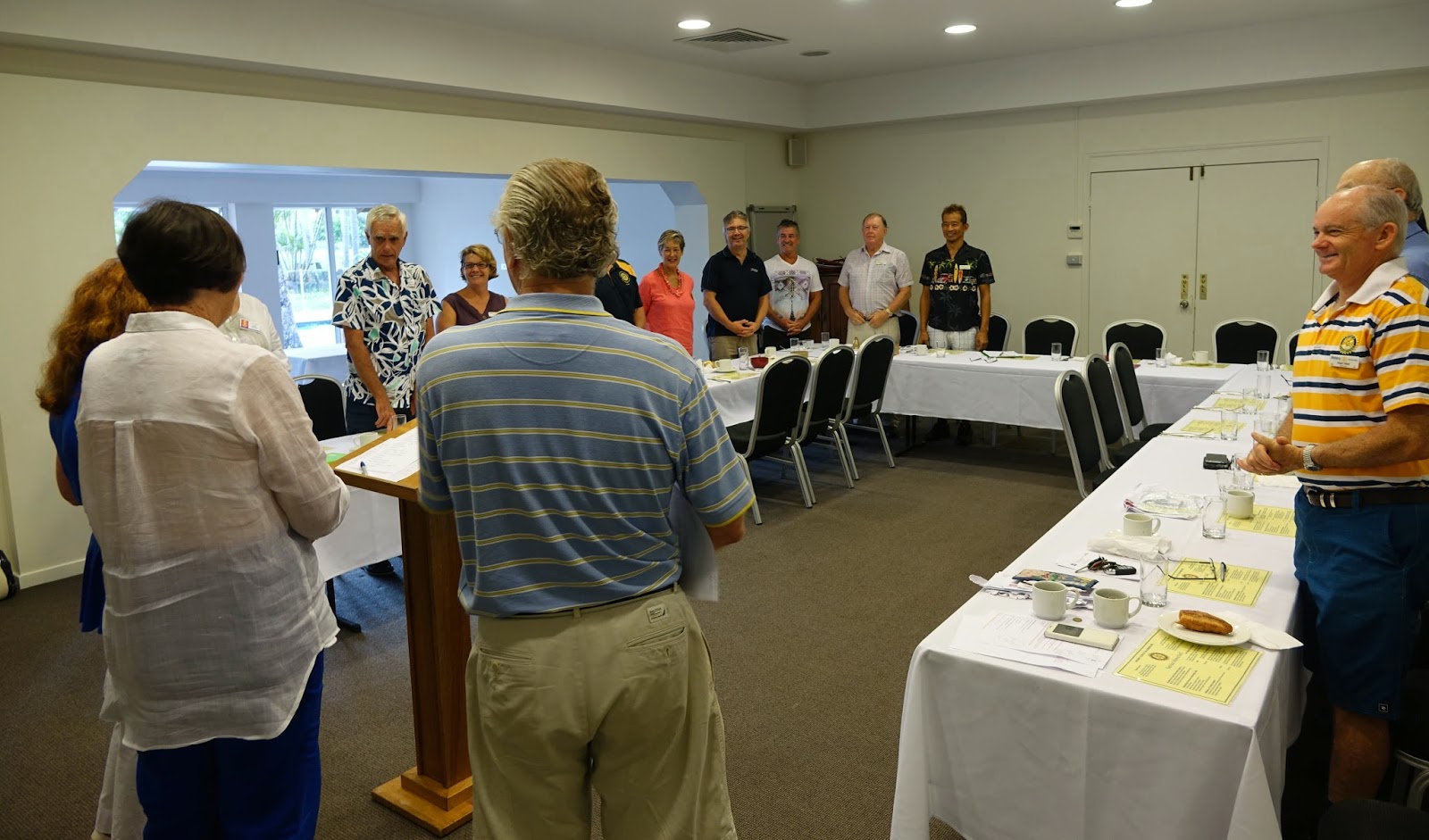 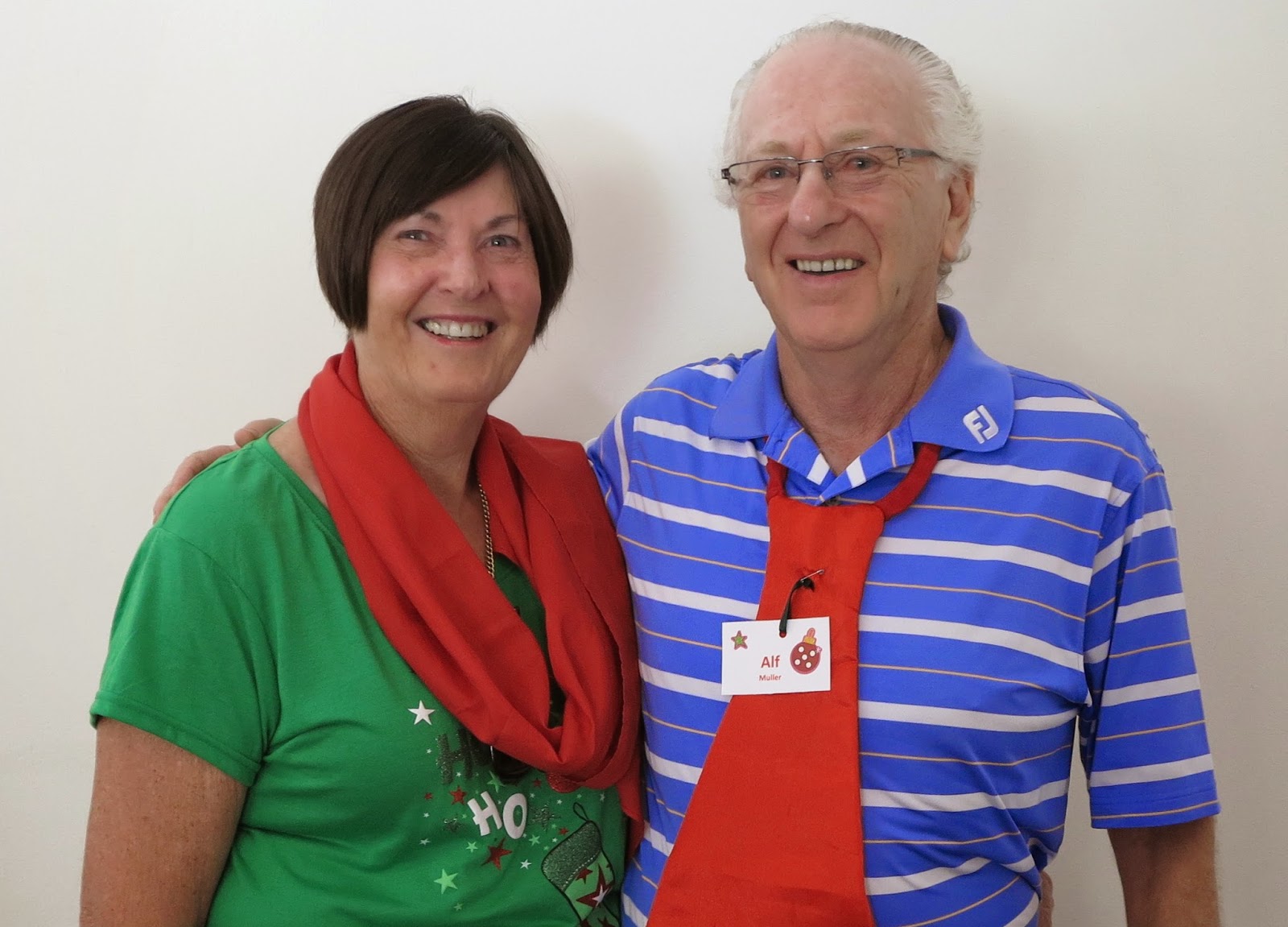 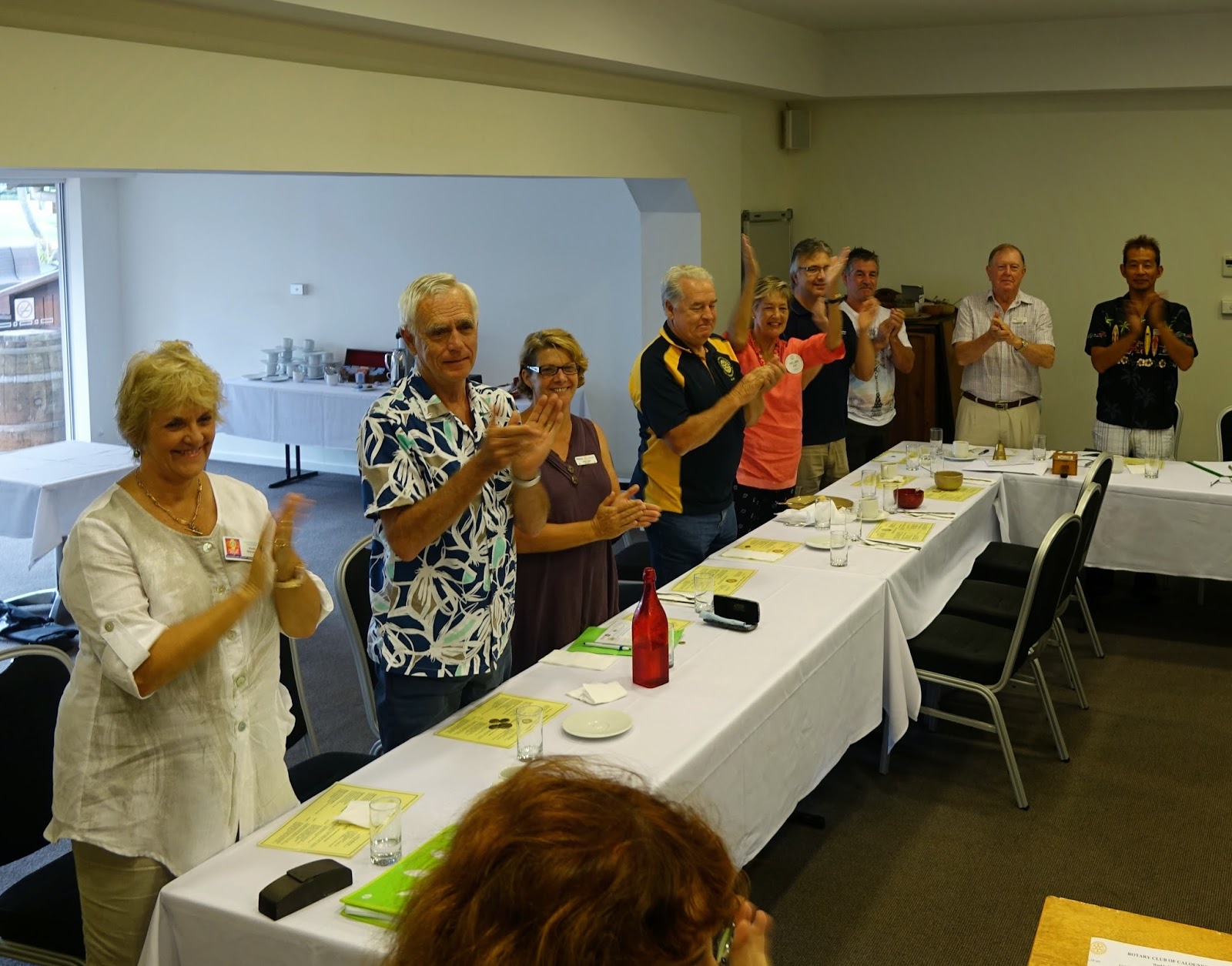 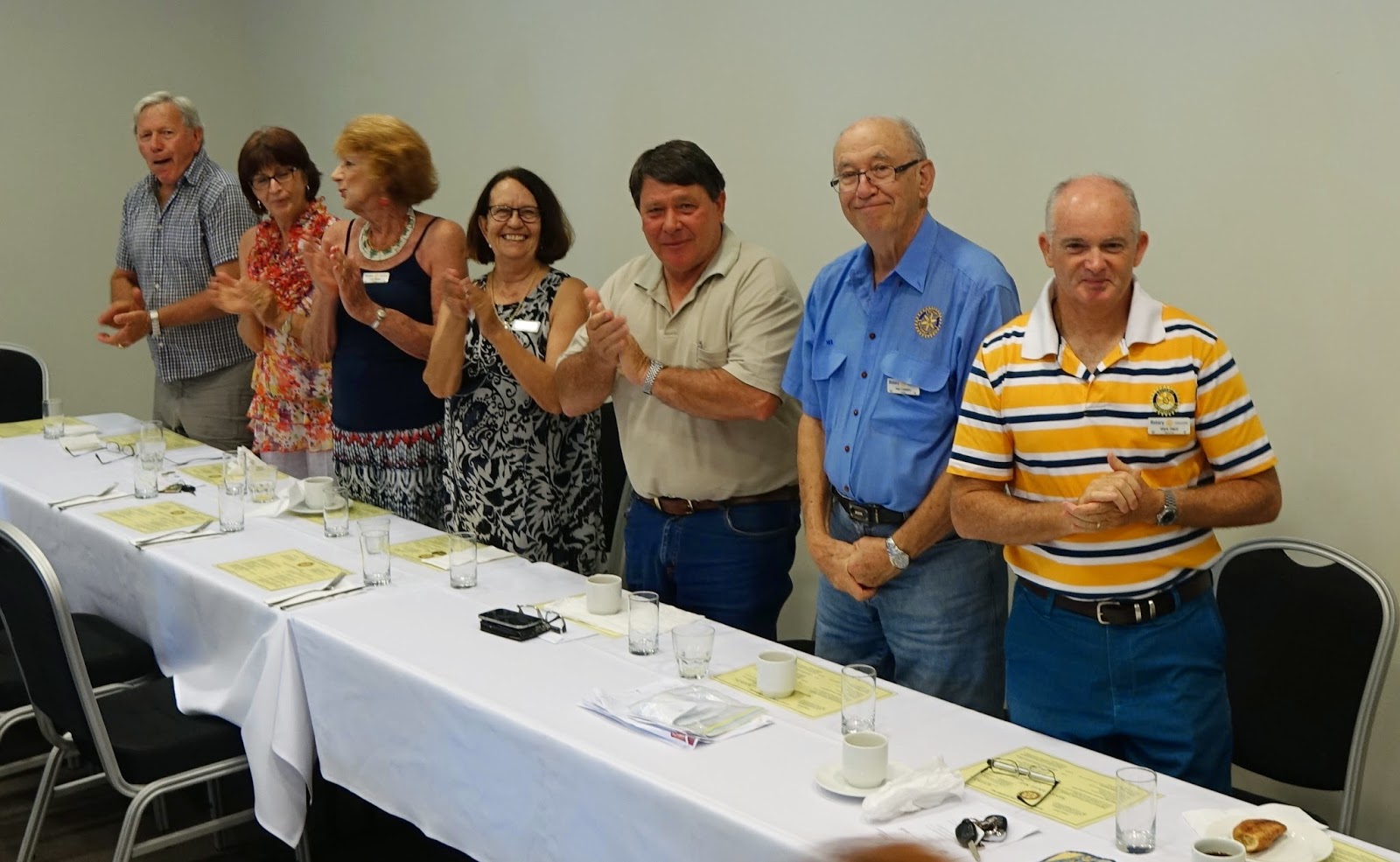 Vicki has been a member of RC Mooloolaba for 14 years - classification Real Estate.  She is a PP and had a background with Street Angels.  She approached the ARH tent at Conference and said she was “happy to help”. The rest is history.

ARH was launched by RC Mornington in 1987, and they raised $2.2million that year to fund research into cot death.  To date $33m has been raised.  There were 187 cot deaths per year in Australia in 1987.  Last year it was down to eight.

The current priority is mental health.  Vicki gave some examples which were very “close to home”.  We need to get the conversation going.  This is an illness due to a chemical imbalance and we need to see it in the same light as other illnesses.

Vicki made a comparison to Clem Renouf’s 1956 stand against polio.

Vicki highlighted the deaths and self harm to young people and the lack of support to returned soldiers.  More East Timor veterans were lost to suicide than all those killed in Vietnam.  Police and Fire & Rescue officers have similar problems.

The government matches funds raised $ for $ 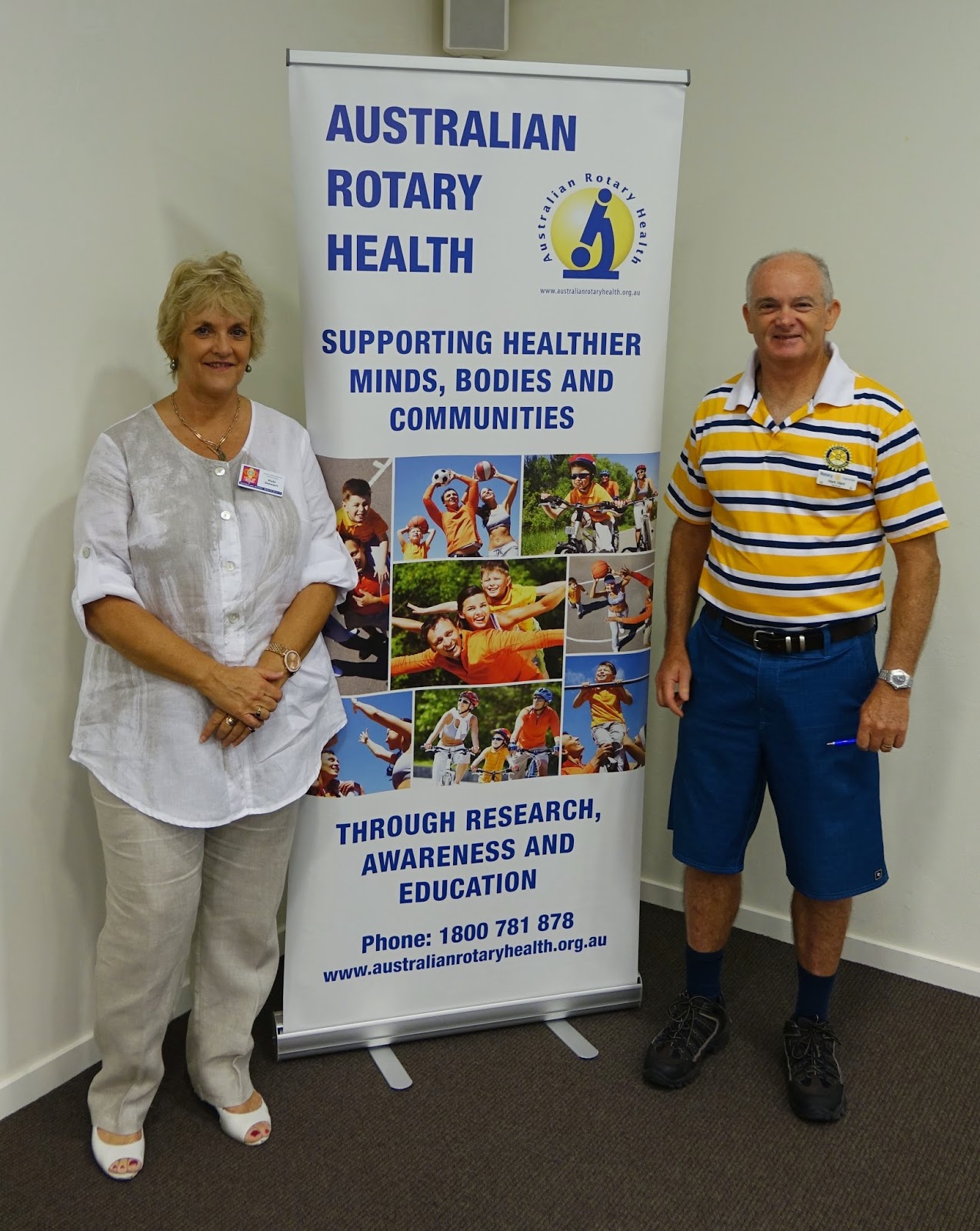 Mark thanked Vicki for her talk

Directors
Gerry reminded us that the Gold Day is 22nd March (It’s in my diary now Gerry) Gerry will email the list of people to contact.

Judy briefed us on the Deer Park visit on the weekend.

Alf reminded us that the program is now on the blog, and he has lined up some great speakers - so invite some guests.

Sergeant Gerry was happy to relieve us of our loose change 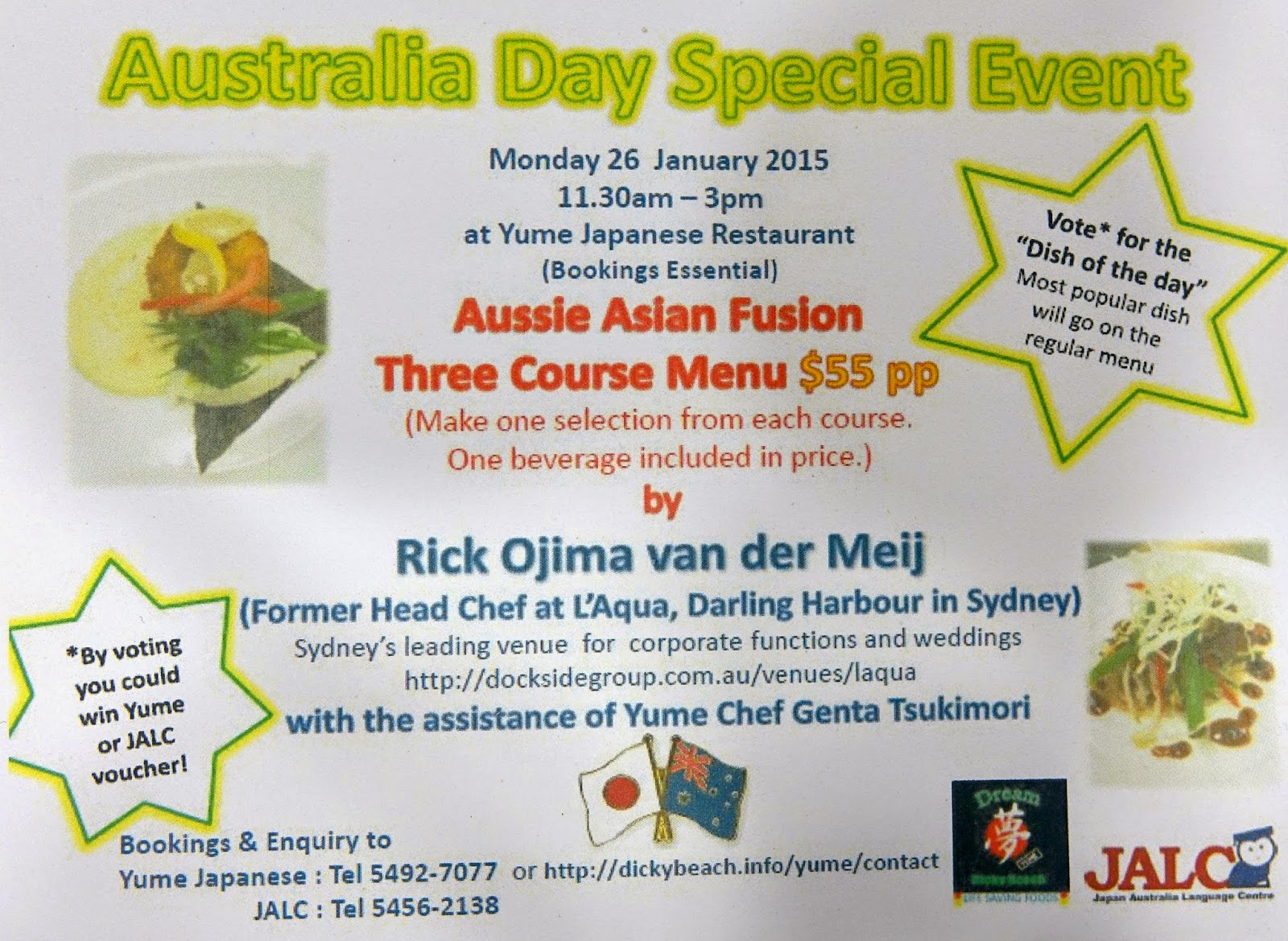 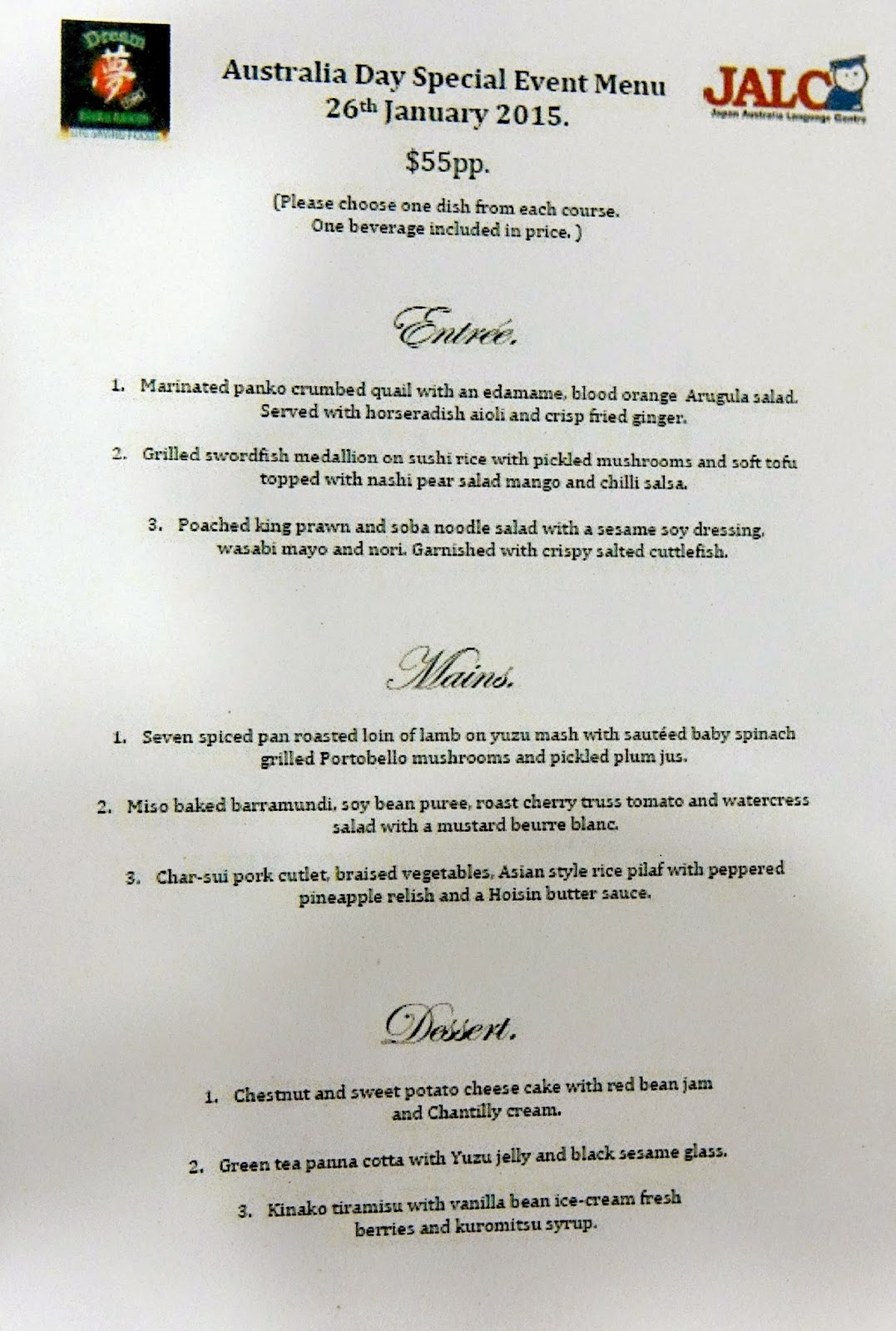 Genta - so what's wrong with traditional steak & eggs & tomato sauce?
(fried in sump oil of course)
Posted by Rotary Caloundra at 19:10 No comments: 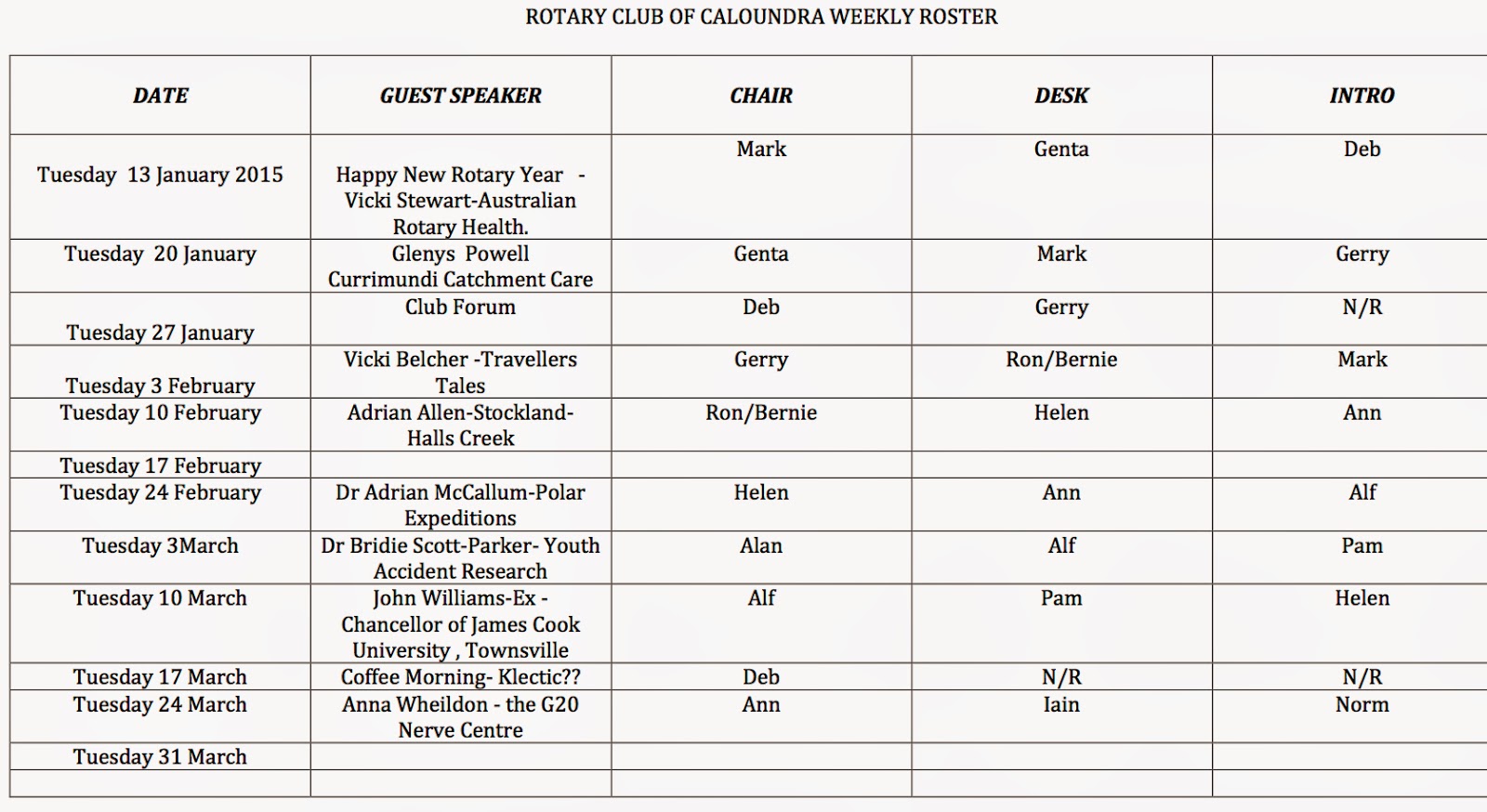 Posted by Rotary Caloundra at 19:43 No comments: