Chair
Ron opened the meeting with the Ode

International Toast
Norm proposed a toast to RC Toyko
after the Australia/Japan get together on the weekend, where Norm wore a kimono, pounded rice, did calligraphy and attempted origami.  RC Tokyo is a new generations club with over 30 members with an average age of 37.  They speak ten languages.

President's Report
Welcome visitors & guests. Special welcome to Laurie who served in Vietnam in 1966-67
The Happiness Festival was a great success.  Although President Deborah was still visibly struggling with the stress of origami, she managed to deliver a half decent report and I found some photos on Facebook. 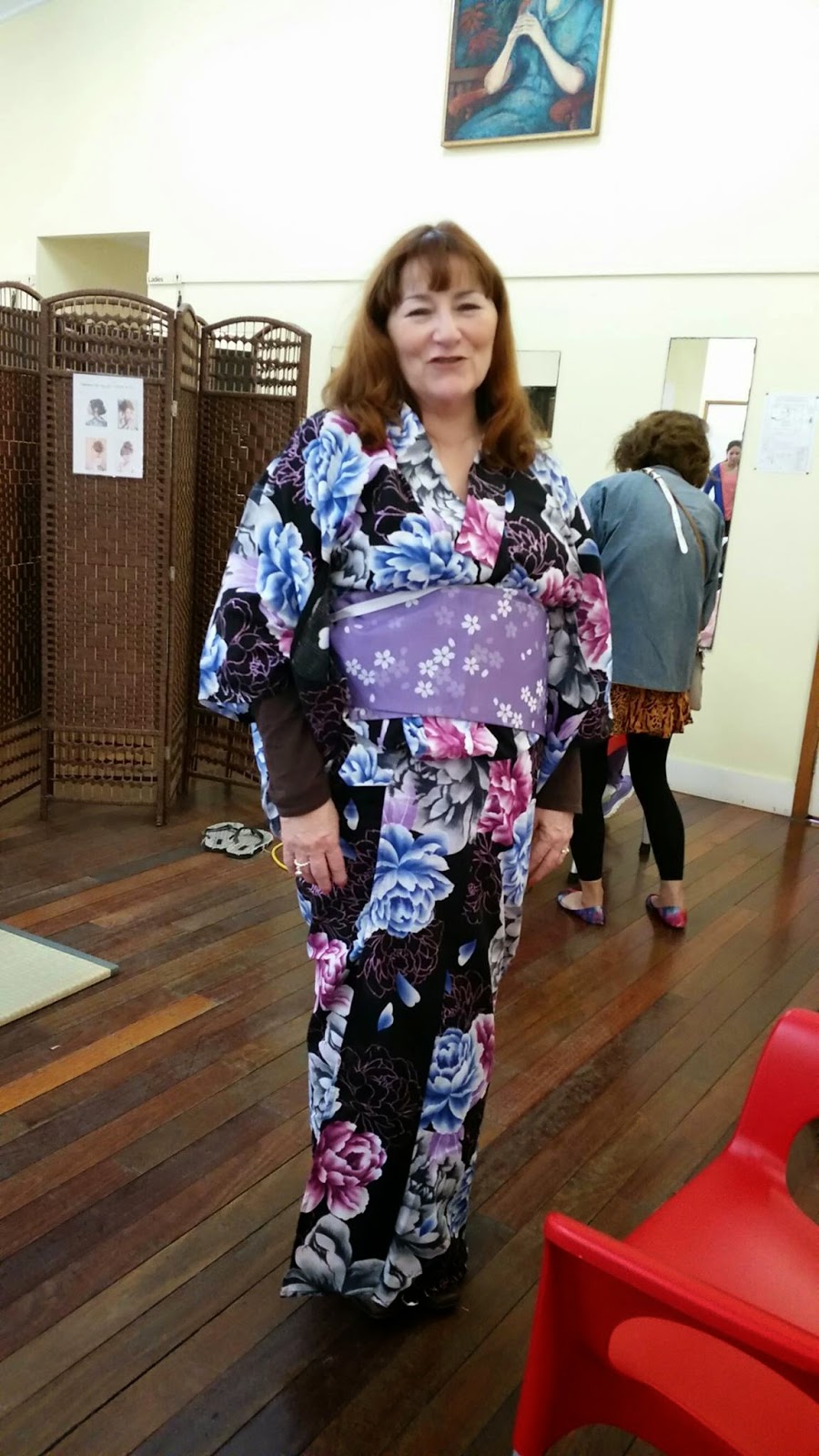 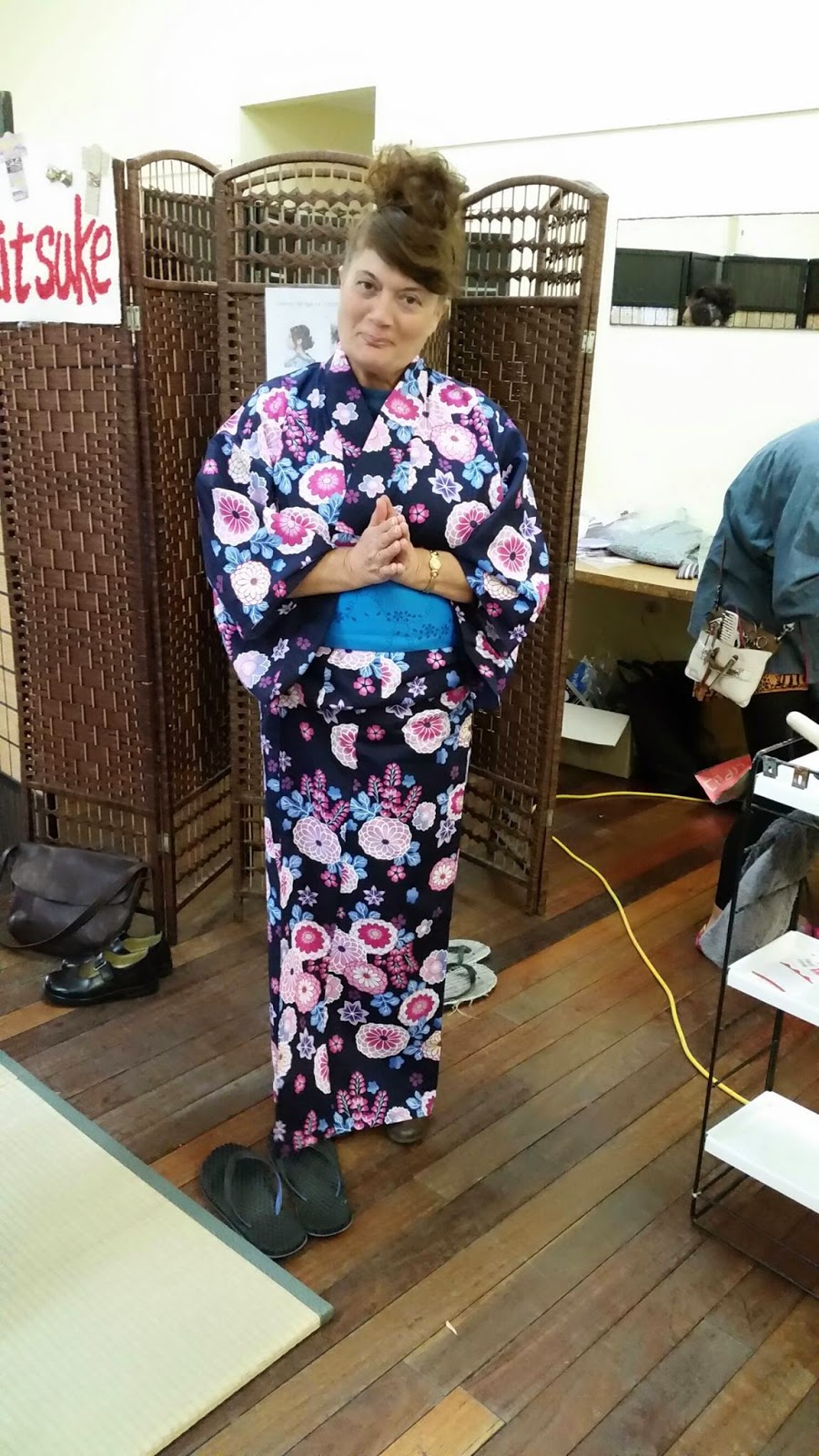 Speaker
Ron introduced Laurie who is patron of the Vietnam Veterans Association SSC Sub Branch.  He served in Vietnam in 66-67 with 6th Battalion Royal Australian Regiment (6RAR) D Company.  Laurie attends all the Branch Functions.  In the Battle of Long Tan a small contingent of Australians pushed back a much larger enemy force.

Laurie noted that Monday would be the 48th anniversary of the battle and gave a general warning that his talk would be peppered with “army jargon” so I hope I got it all right.

There were 108 in D Company, made up of 50/50 national servicemen from the first intake and regular army, and it included three New Zealanders.  At that time, most of Australia (except the wharfies) were “for” the war.  Laurie was a Corporal leading seven men.

The Australian base at Nui Dat had been mortared the night before.  They believed this was a “shoot & scoot” operation by maybe six people and they were sent out after them.

11 Platoon was in the lead and they came across about six Viet Cong who they followed, but then came against a much larger force who had been preparing to attack the main Australian Task Force base.

The Viet Cong were not used to the Australians who spread out much more than the Americans.

About half of 11 Platoon were killed or wounded, and the rest were under mortar bombardment.  They called in artillery.  10 Platoon was to their left but had become bogged down, 12 Platoon was to their right.  The got back together and had 20 wounded in a ditch with only one medic (all lived)  It was raining heavily by then. The Viet Cong came in wave after wave, and Australian helicopters flew in more ammunition (against regulations)

A couple of US jets came to assist but there was too much cloud so they were not much use, and additionally, artillery could not be deployed when they were around.

Each wave appeared to fall but half of the “fallen” joined the next wave.  The fighting continued until dusk when reinforcements arrived.  Brigadier Jackson had been reluctant to send reinforcements but was told “you have to do something”.  Company Commander Harry Smith had told him to “come in 15 minutes or don’t bother”.  They were finally joined by A Company in armoured personnel carriers and were able to withdraw with their wounded.

D Company, with only half left, were sent back in.  15 of their number were still “out there” and two were found still alive.  It took two days to “clean up” with approx 245 enemy dead found.

Laurie praised the New Zealand artillery who gave protective fire as close as 50m to them.  There were many brave acts which were not recognized.  Laurie thought Harry Smith should have been awarded a DSO.  Of the 108 in D Company 18 died and 26 were wounded.

There will be a parade at Caloundra RSL on Monday at 10:30am to mark the anniversary. 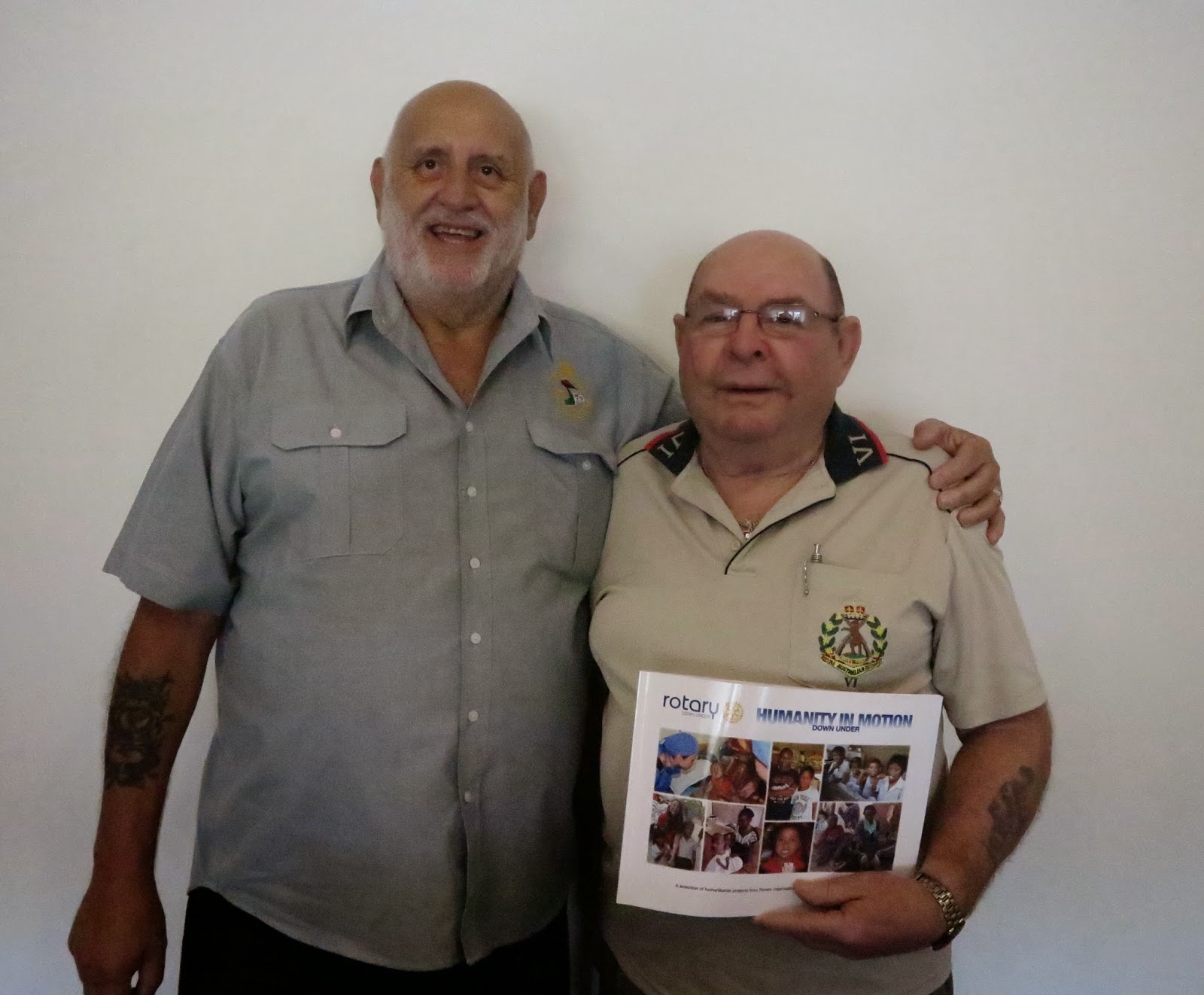 Ron thanked Laurie for his talk

Sergeant Noel did his worst 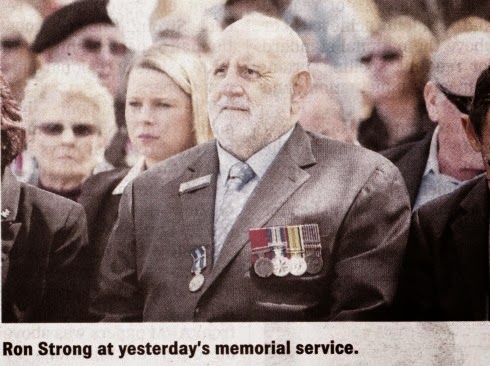 Posted by Rotary Caloundra at 20:06