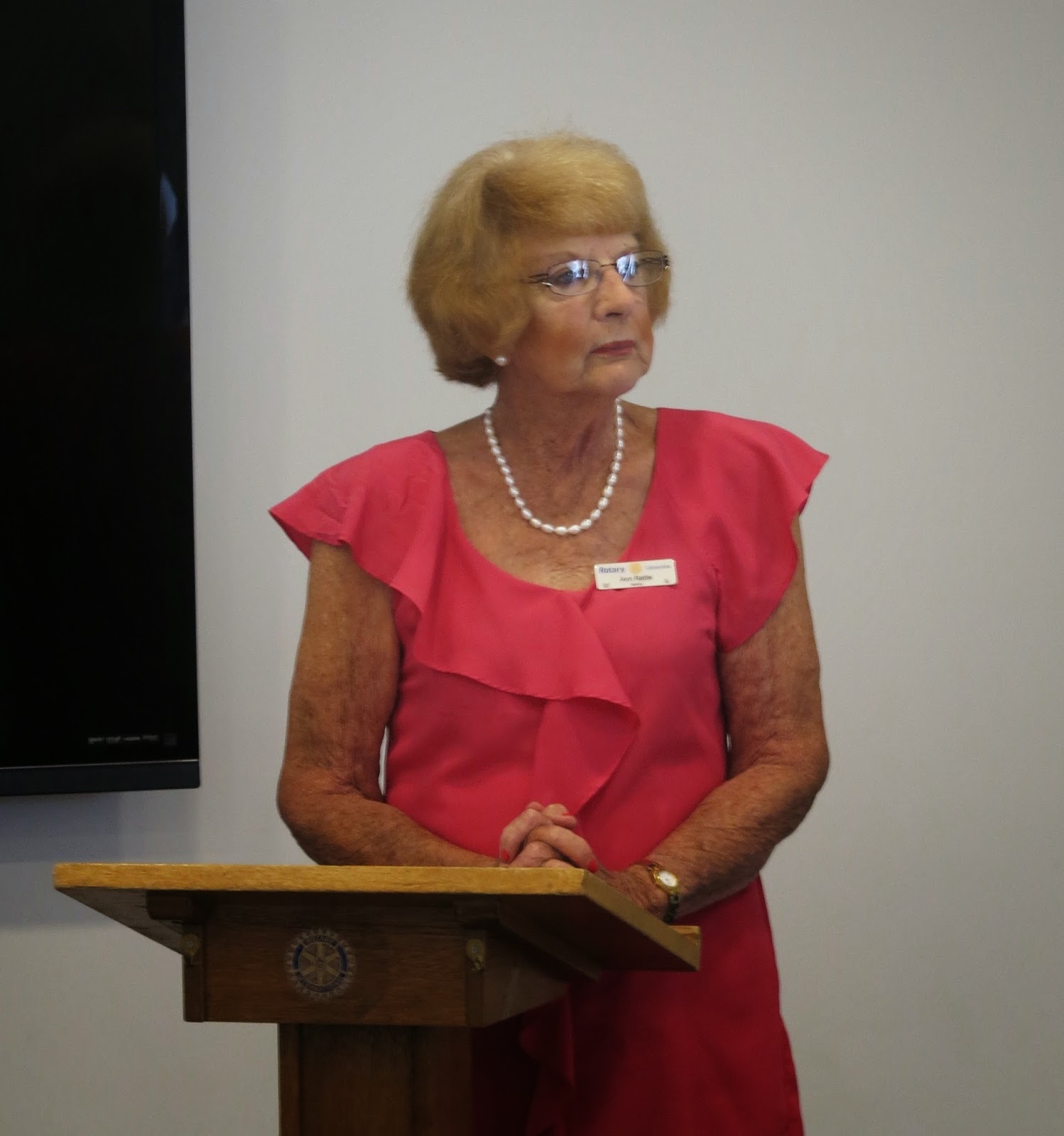 International Toast
Led by Norm to RC Singapore for the death of Lee Kuan Yew "recognised as the founding father of modern Singapore, and the only leader known to bring an entire country from third-world to first-world status in a single generation" (Wikipedia) but, according to Norm, his more important achievement was the banning of chewing gum in the country.

Visitors
Alf’s guest Geoff Leddy, not to be confused with his brother, incoming DG John Leddy.  John and wife Barbara will be visitors next week, and Geoff was keen to get in first and steal John’s thunder.

President's Report
Welcome to Geoff - apparently there are another two brothers lurking in the background somewhere.
Golf day grossed $10,508 ono
Keep your eyes out for a platinum sponsor for next year.
Gerry’s trip Darwin takes precedence over “basking in the glory” of the Golf Day
RYDA coming up
ROMAC Trivia Night raised $18K
Alan expecting another grandchild. 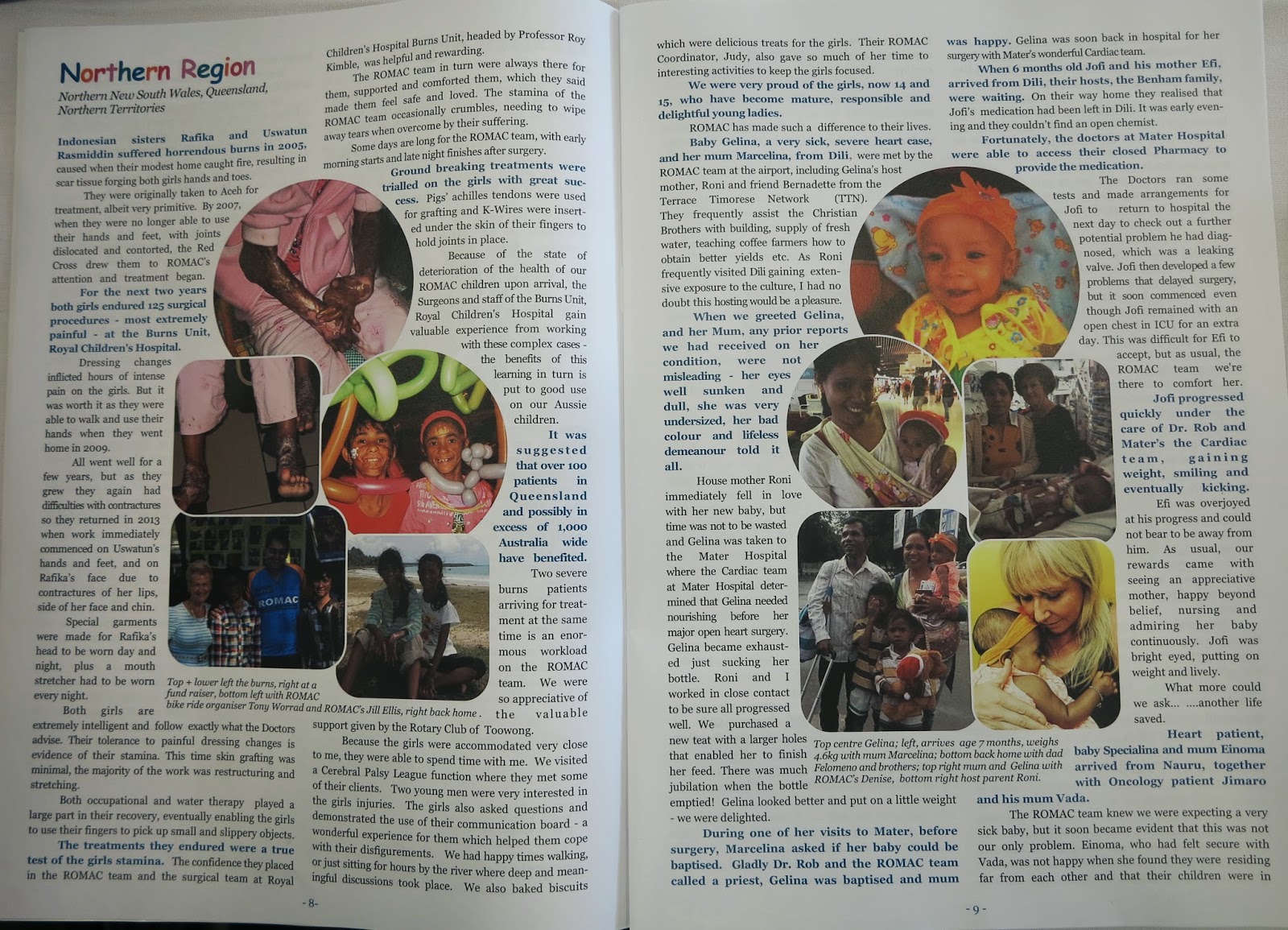 Speaker
Norm introduced Anna but “won’t embarrass her as she’ll “go all funny””. 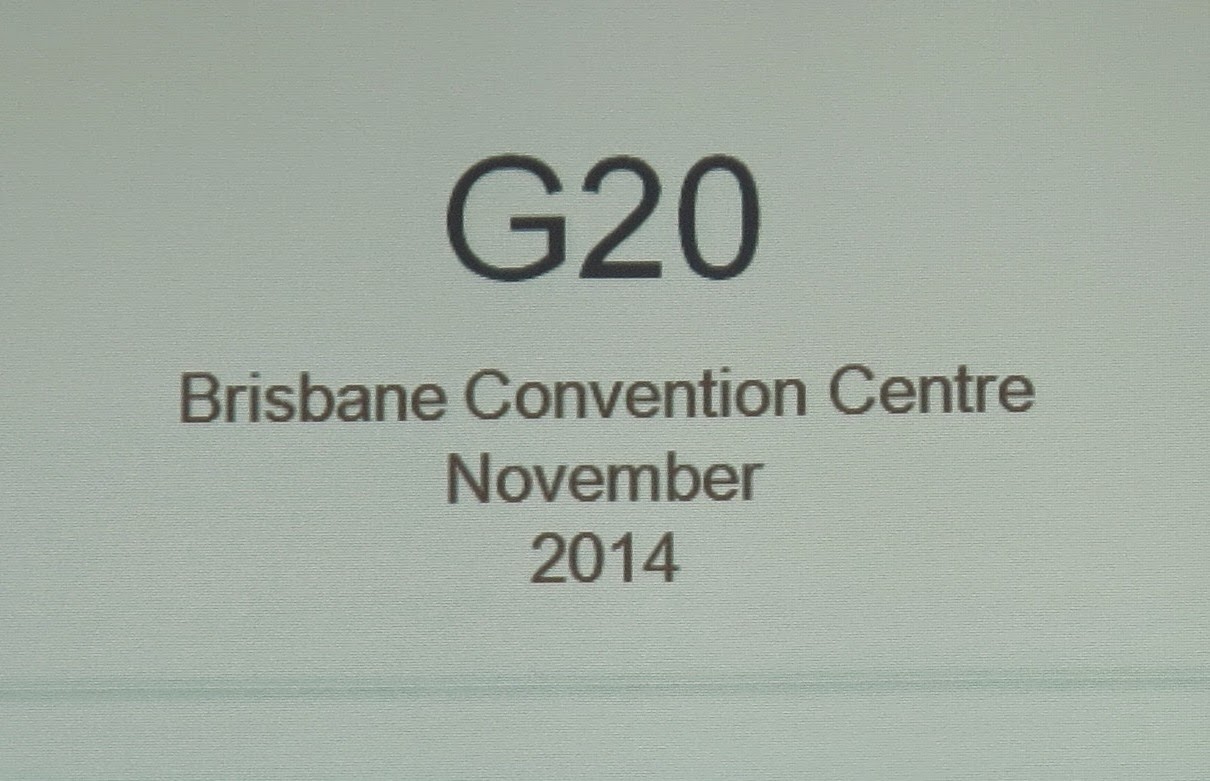 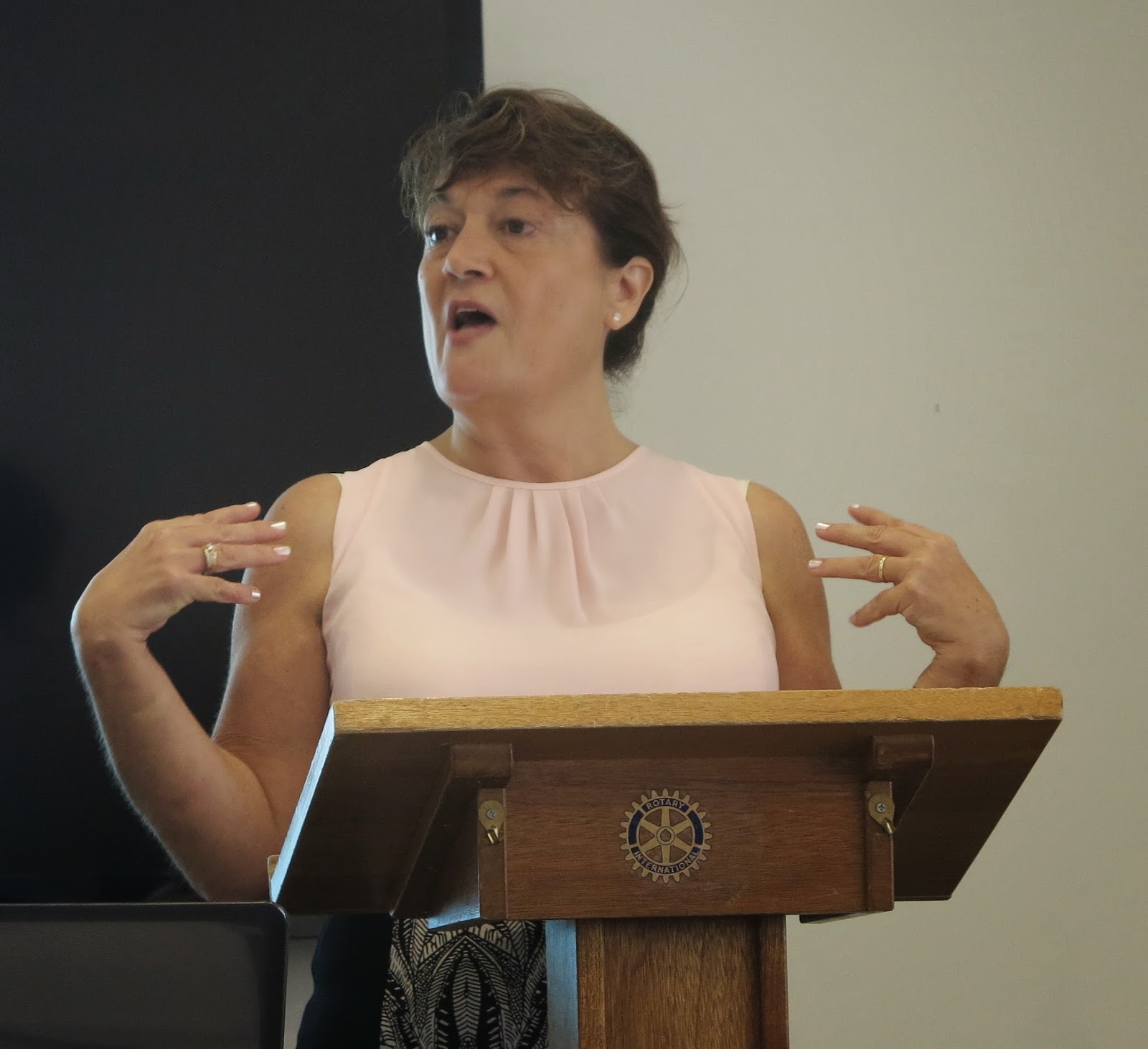 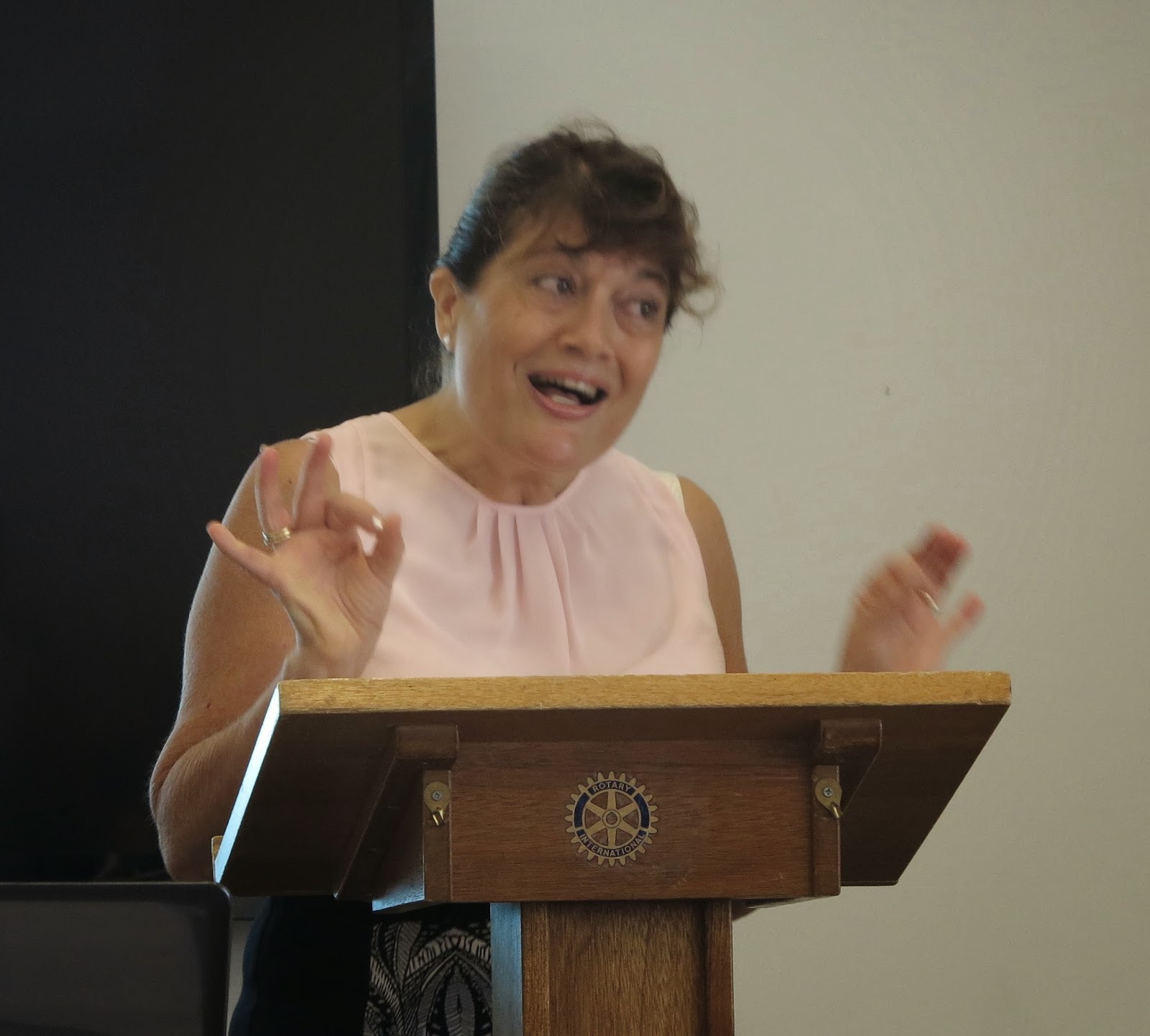 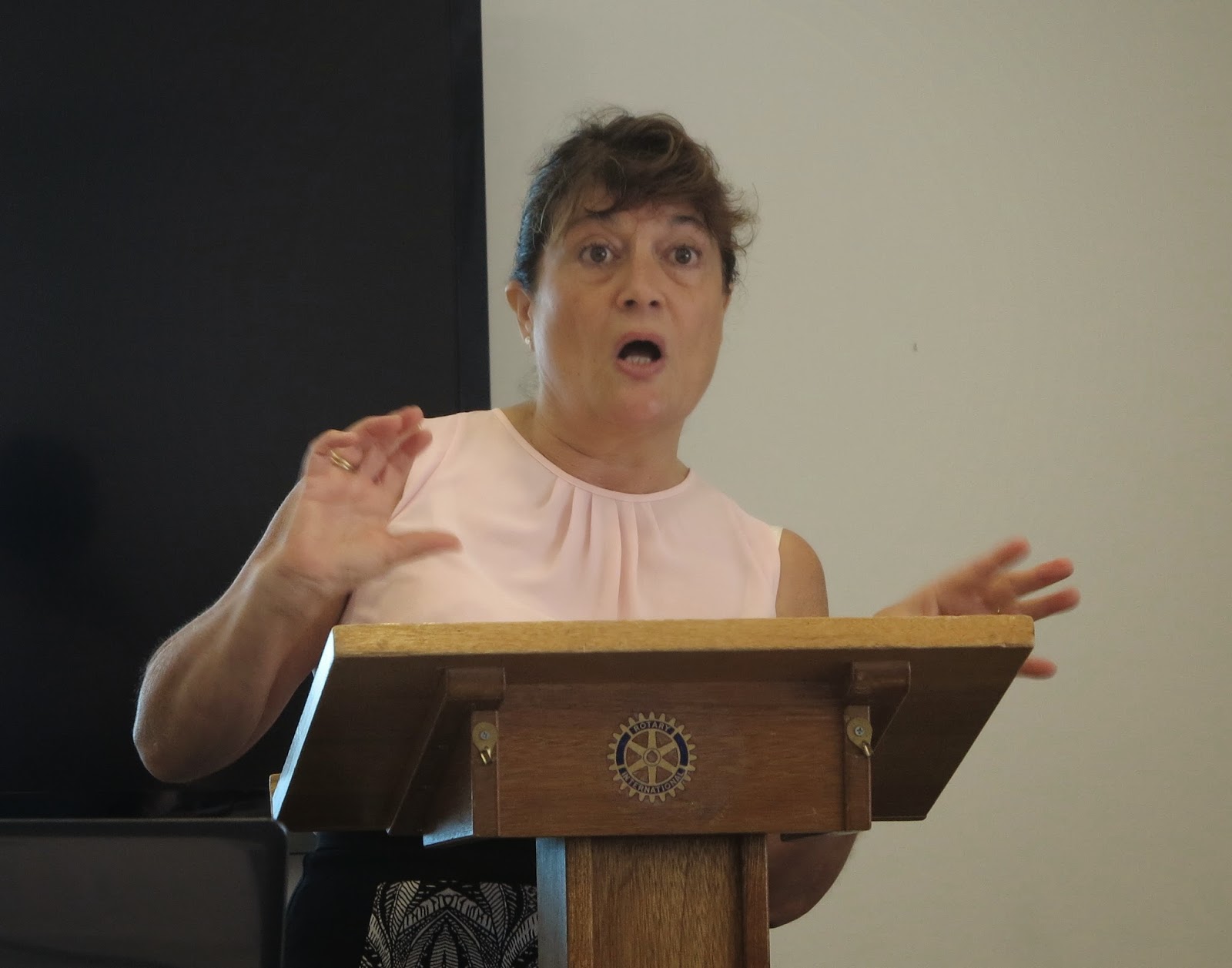 It all started in April last year when Anna was listening to ABC Radio National and heard the call for volunteers. She applied but “didn’t tell a soul”.  Then there was the endless security checks, passports, “still happening” emails then in September … confirmation!!
Then back to codes, user names, passwords .. then they all change, then last minute venue change and how do you actually get there? more “secret agent” stuff & uniforms you have to “cover up” to avoid being a “moving target”

Finally the pre G20 morning tea with the TV cameras, Mayor, Premier, Tony Abbot for the “electric atmosphere” thank you to the volunteers.

Then back to courses, uniforms, go cards and how do you actually get there again?  Clean bus or dirty bus? screenings, control points, and no mexicans allowed.

Finally she was in …it was like heaven… We could “go anywhere”.  Anna was responsible for escorting the international media - being Floor Manager for the press conference was her favourite job, and she got to meet all the celebrities.

There was “big” Joe Hockey with his entourage - if he had tripped over the mike lead he could have squashed Anna flat! 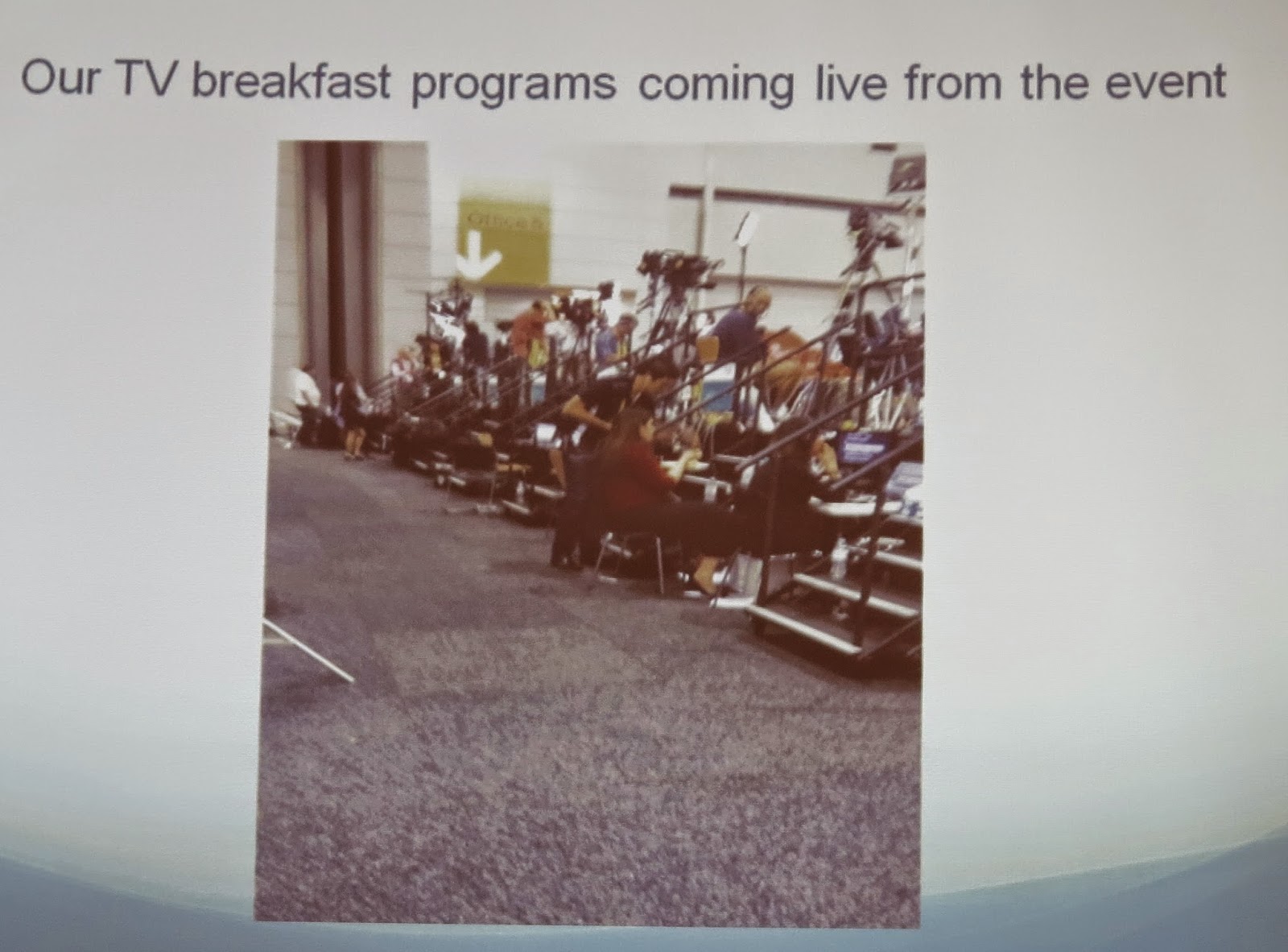 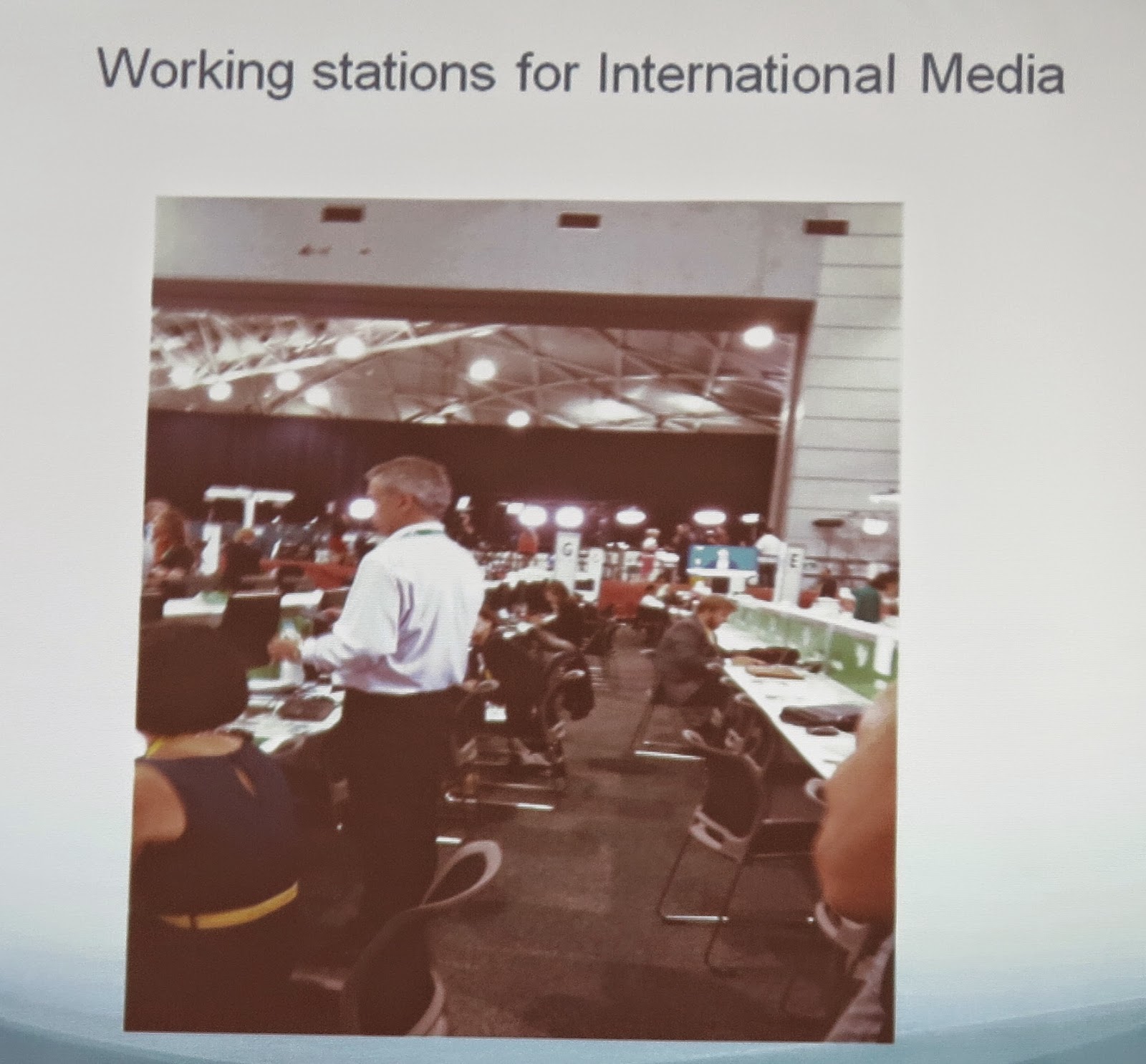 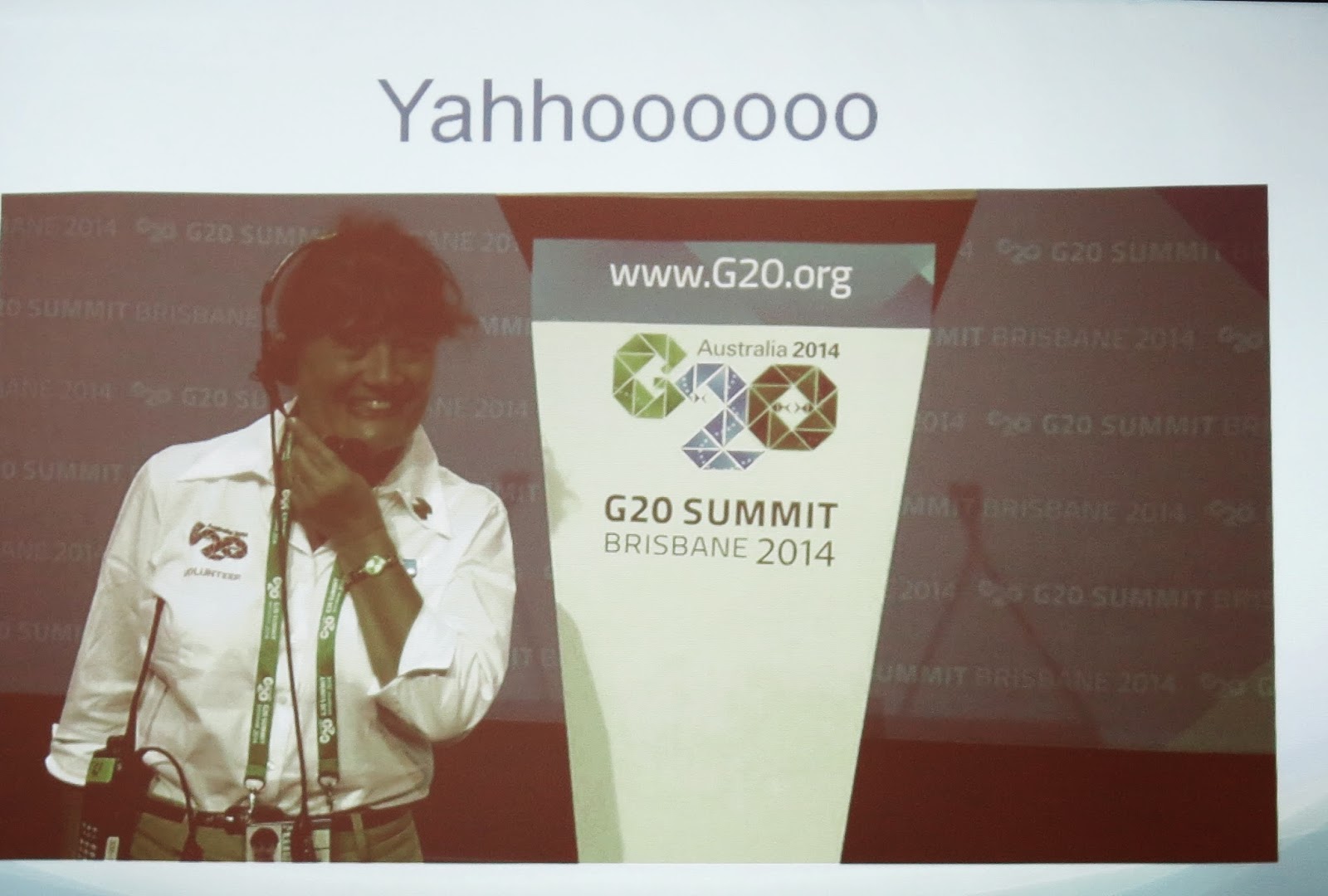 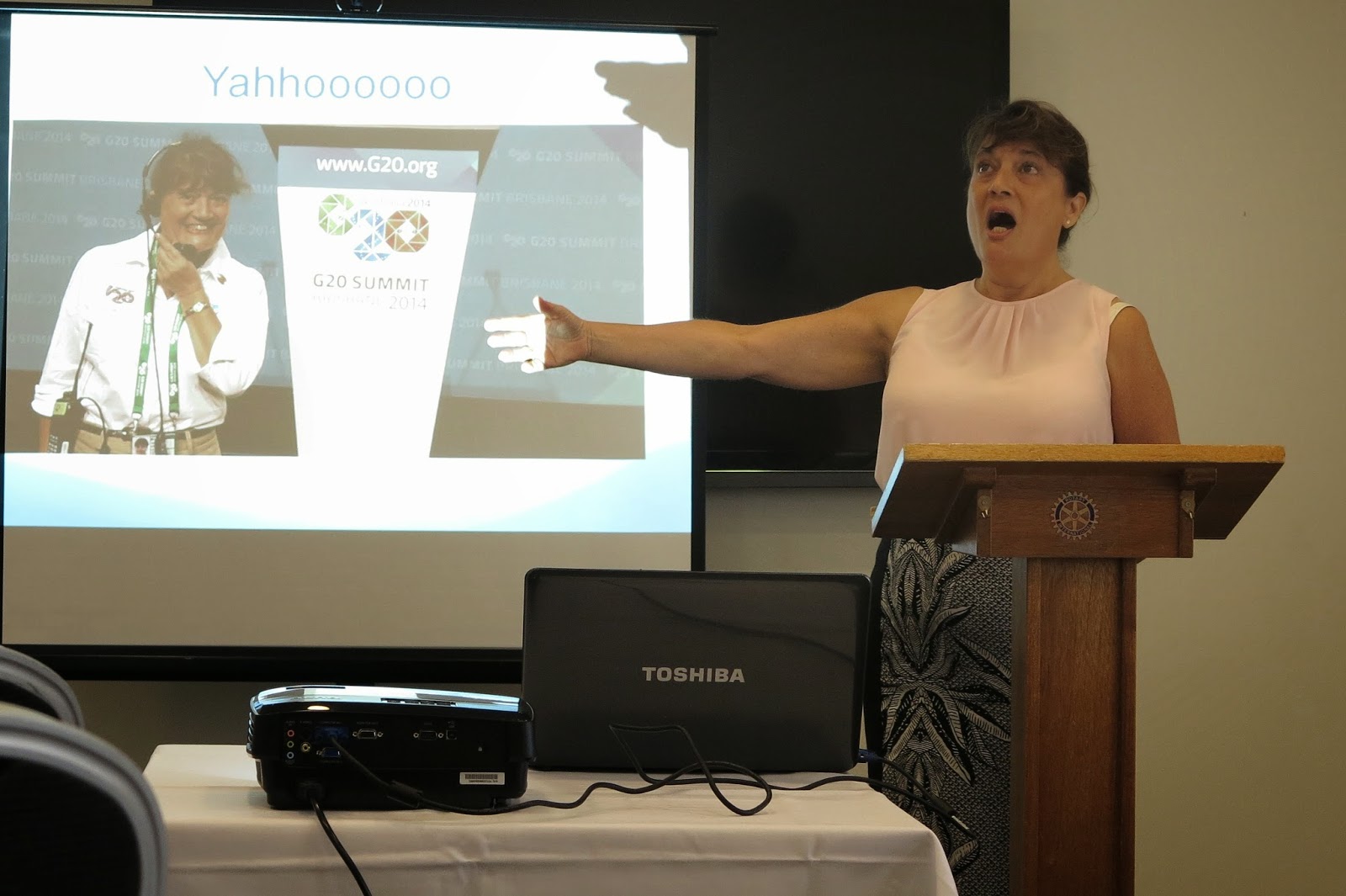 Meeting “the Beast” was an even bigger experience. Obama’s vehicle was too big to turn in the carpark, and was protected by bodyguards, but Anna still managed to get some “happy snappies”  Rubbing up against it, was however, a step too far. 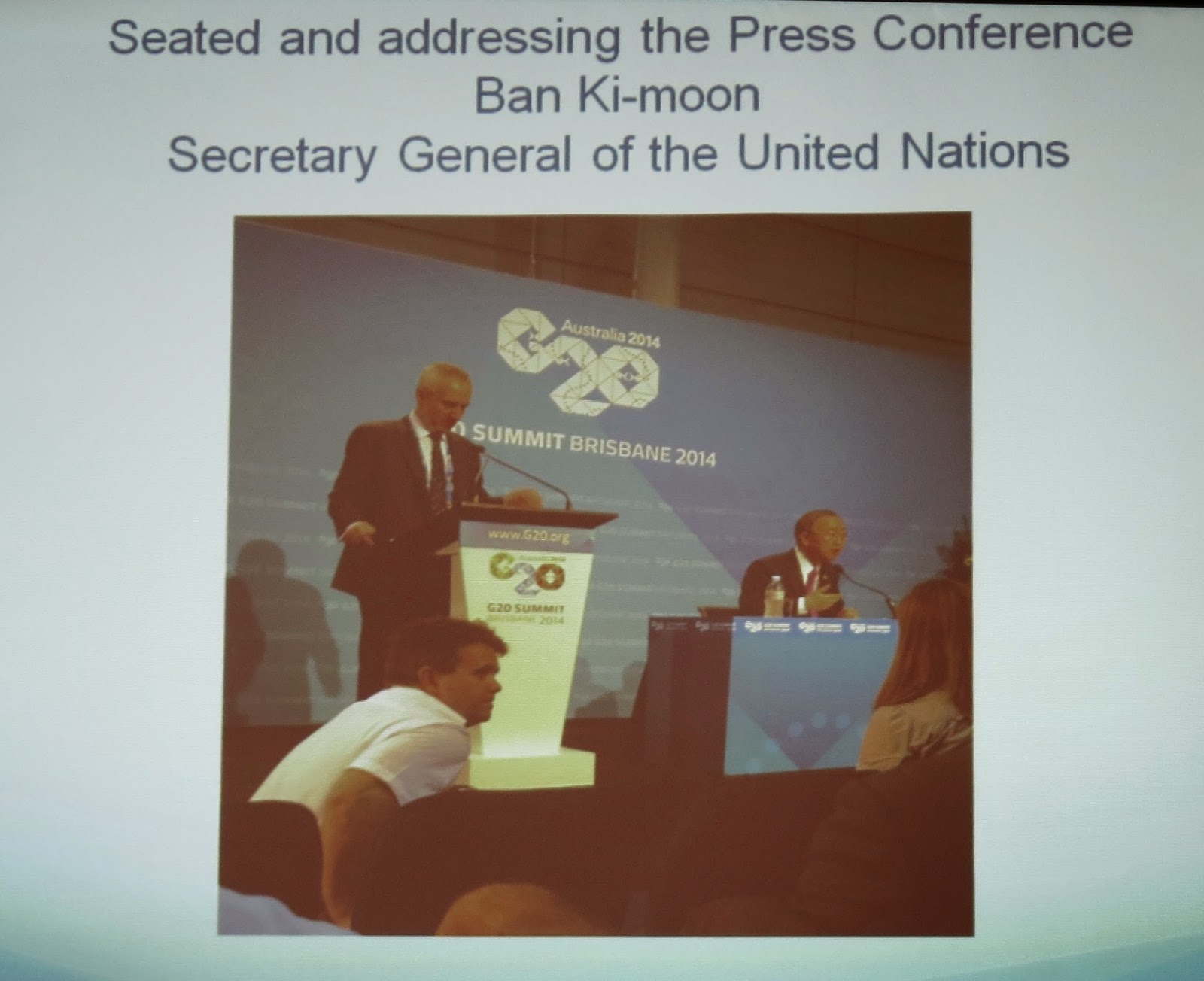 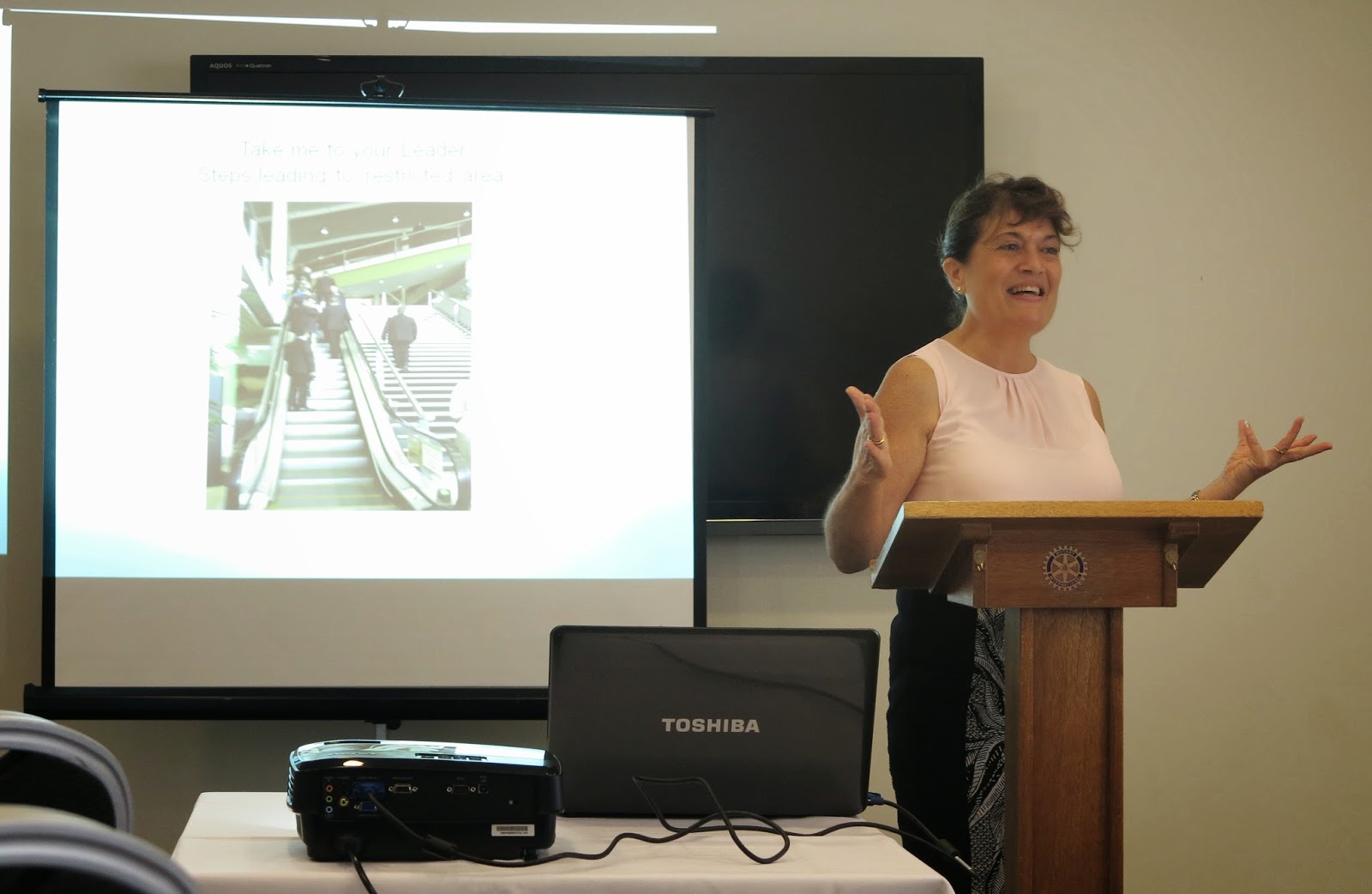 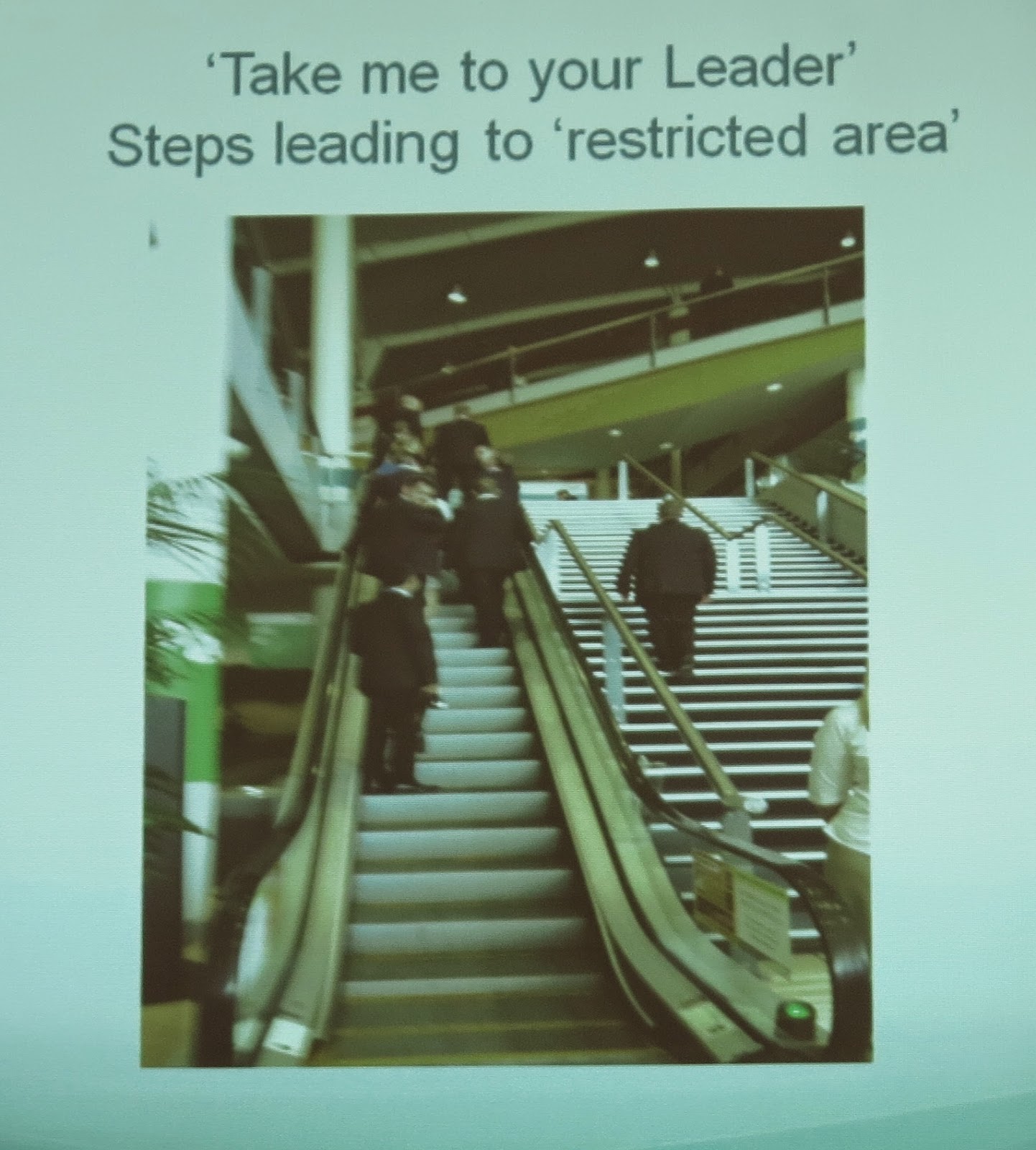 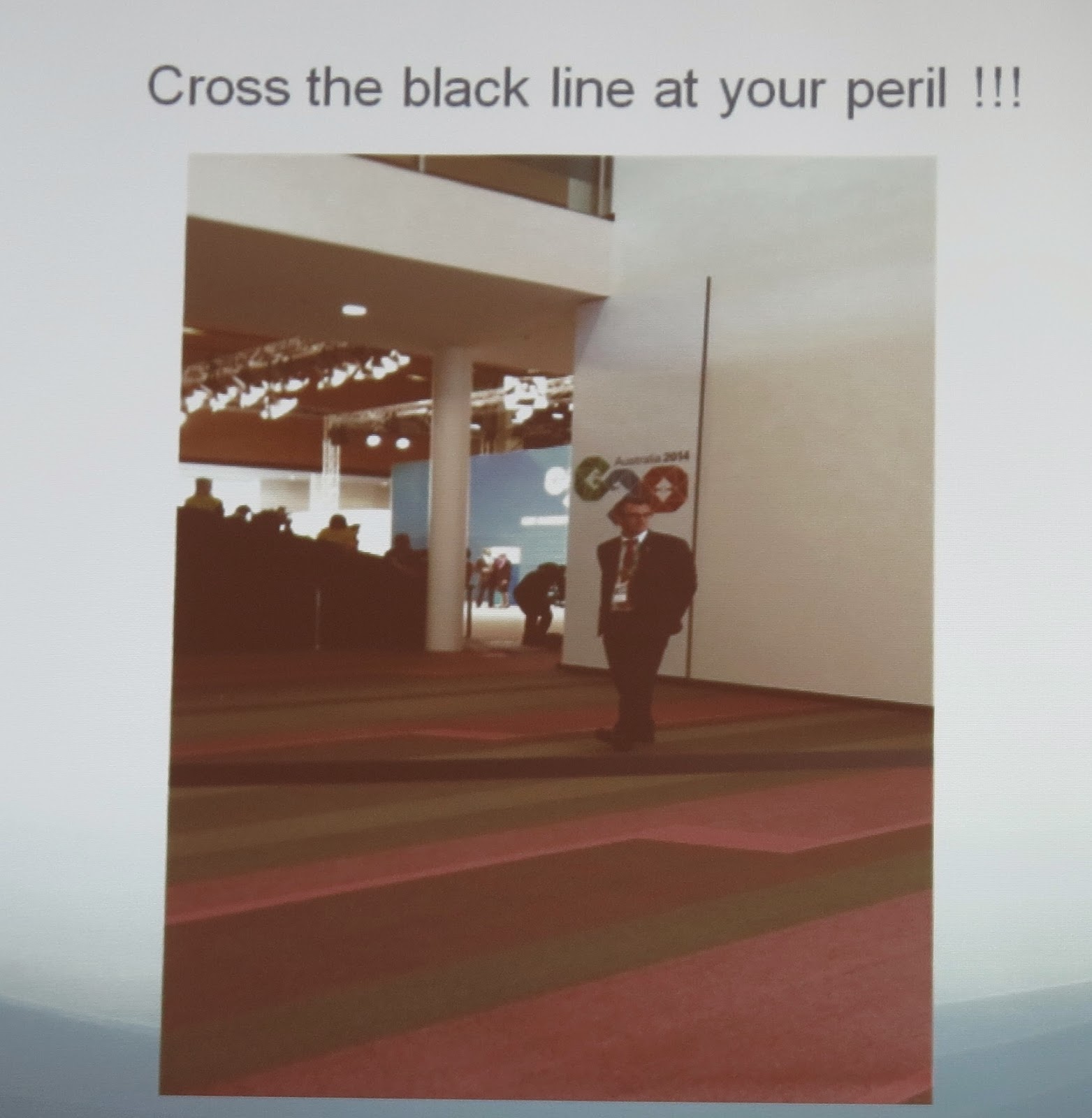 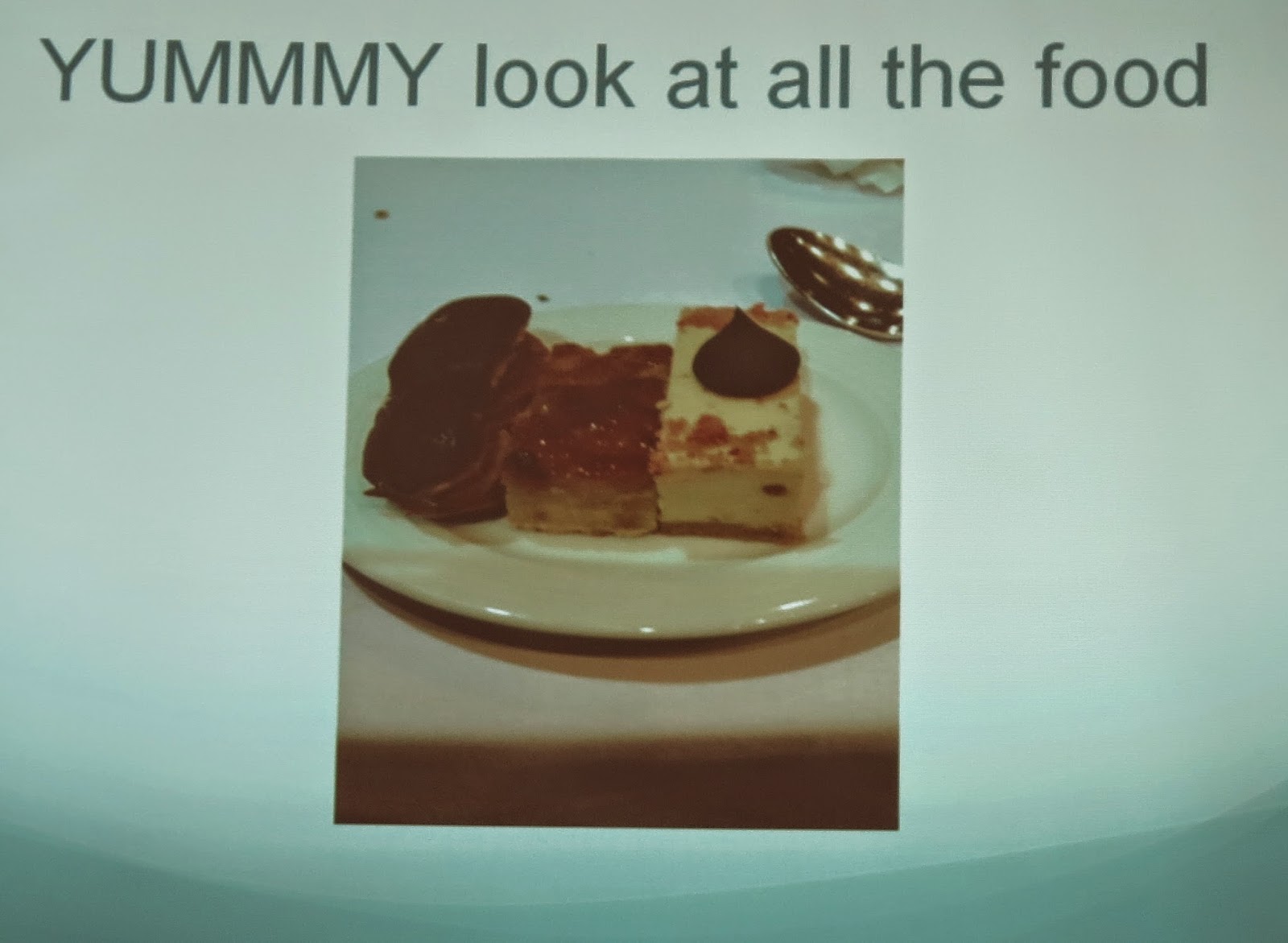 And the food!  This would need another talk in itself.  Best brownies ever!  Not even the salmonella for which the Convention Centre is now famous.  As Rudy noted “school principals don’t matter”

Anna “wouldn’t have missed it for the world”, and there is no truth to the rumour she has now applied for ASIO - and she wouldn’t tell us anyway. 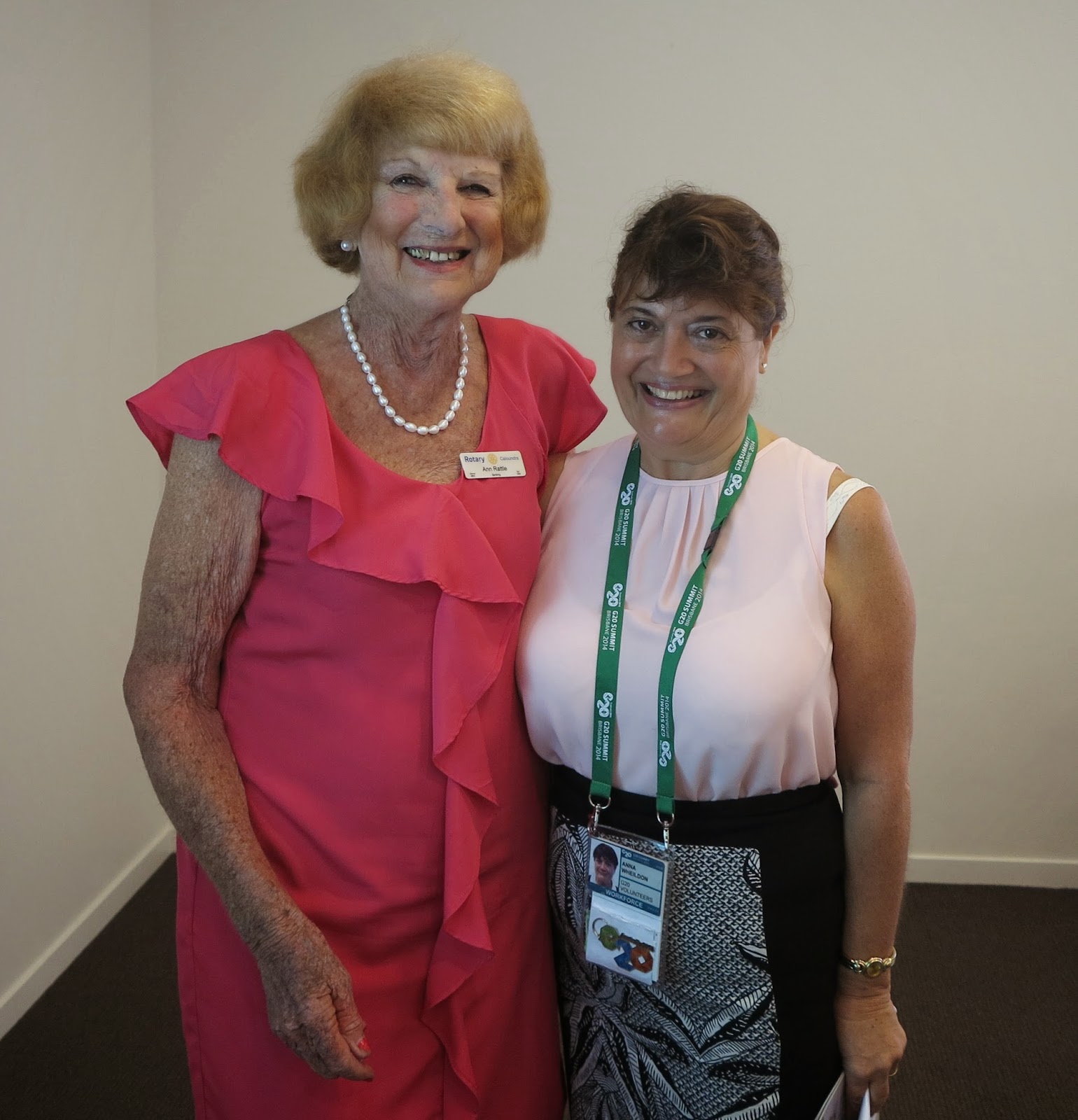 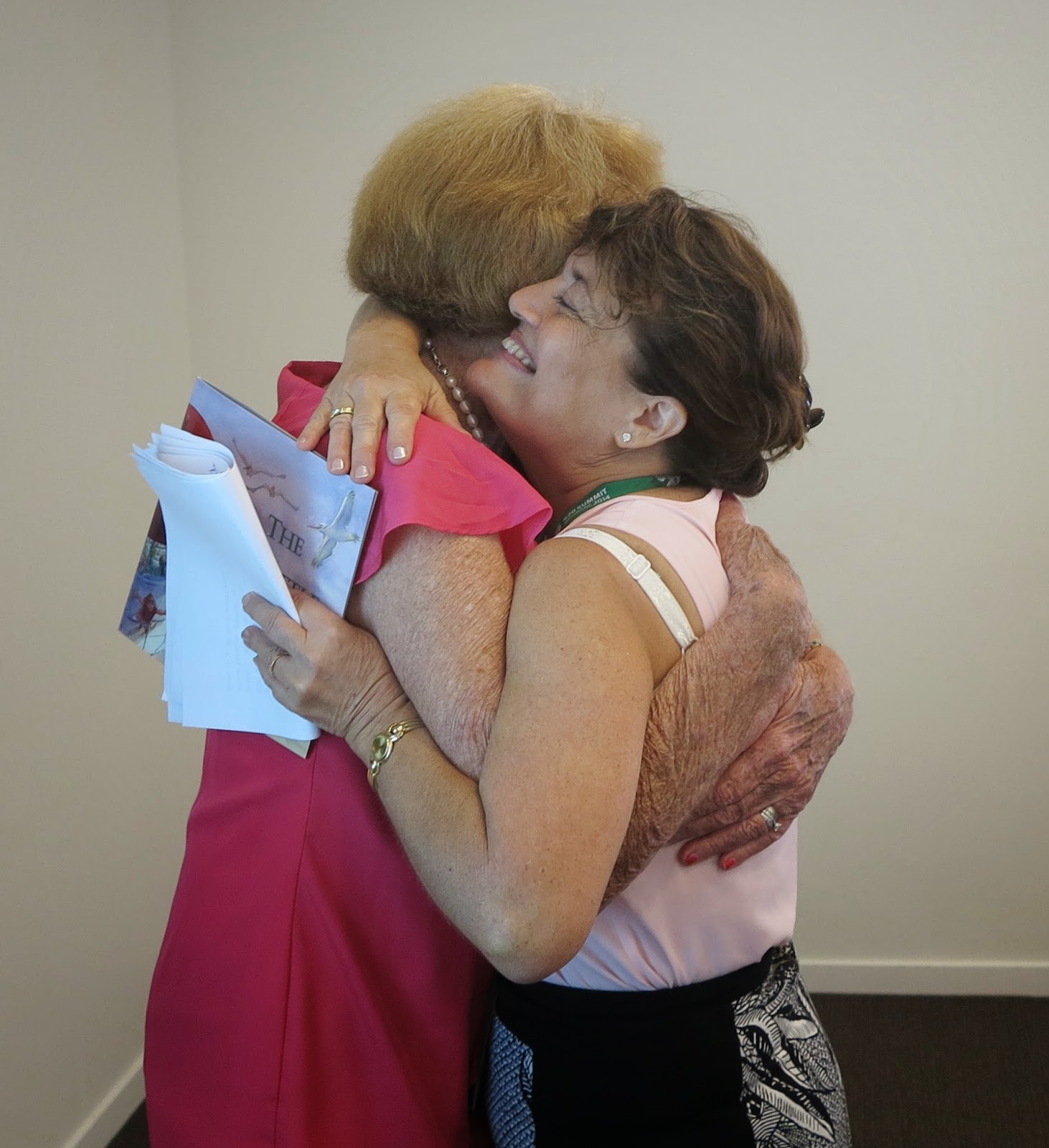 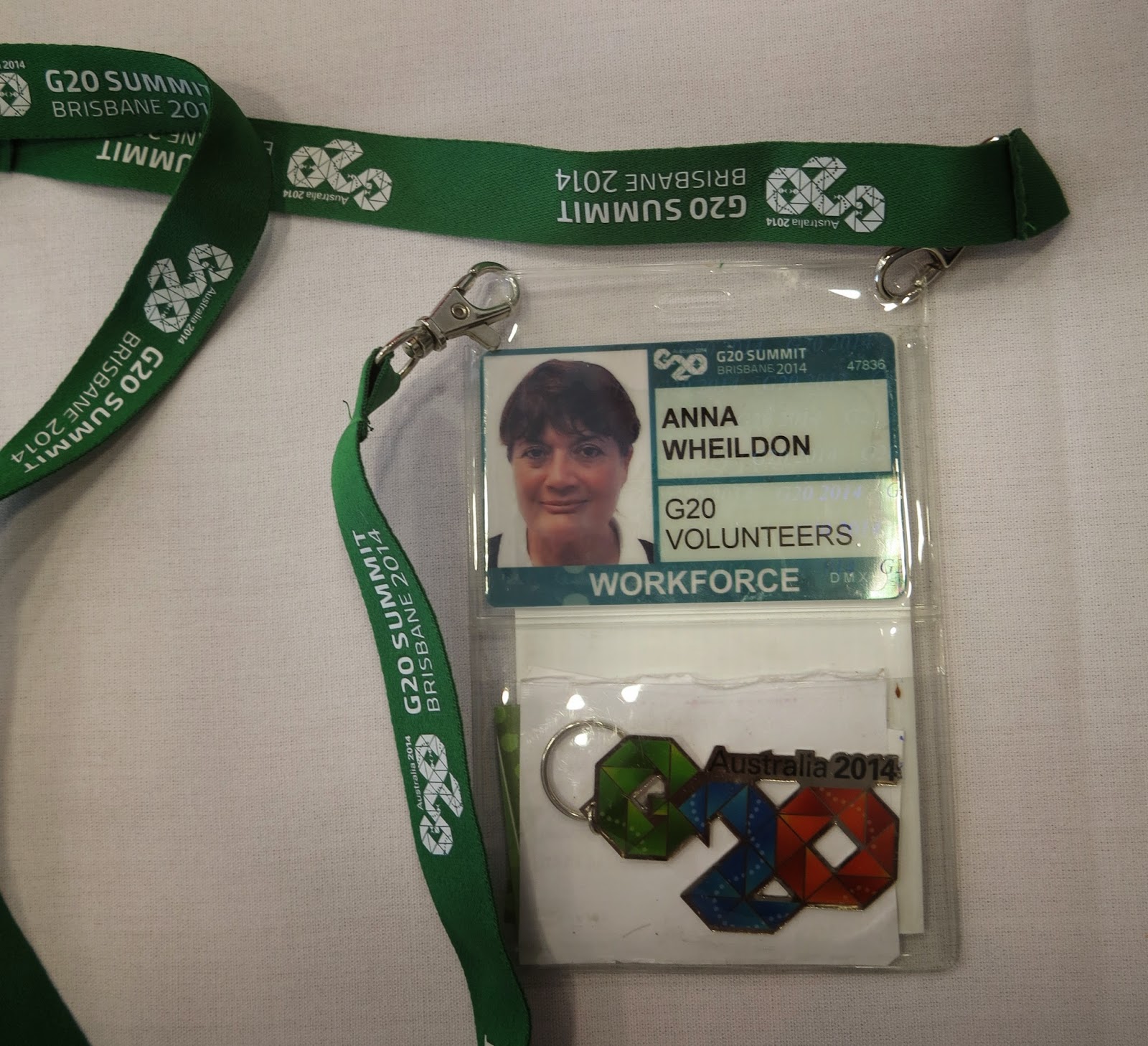 Directors
Alan - Golf Day netted $6,500
Tennis Centre BBQ good PR
Judy’s sausage rolls mentioned in dispatches
John - Thanks to all on Gerry’s behalf for the Golf Day
Need a “sponsor hunter”for next year
Email to come so you can spill the beans on the good, bad & ugly
Gerry (and John’s) work recognised.

Rotary now has copies of “The Little Lighthouse” for discount $10

Sergeant Noel
Roger has the goods on Noel from the Golf Day and is now immune from fines
Sneak preview attached - Apologies to Alf - his next shot was better - Anyway, who would be stupid enough to play golf with the sergeant. 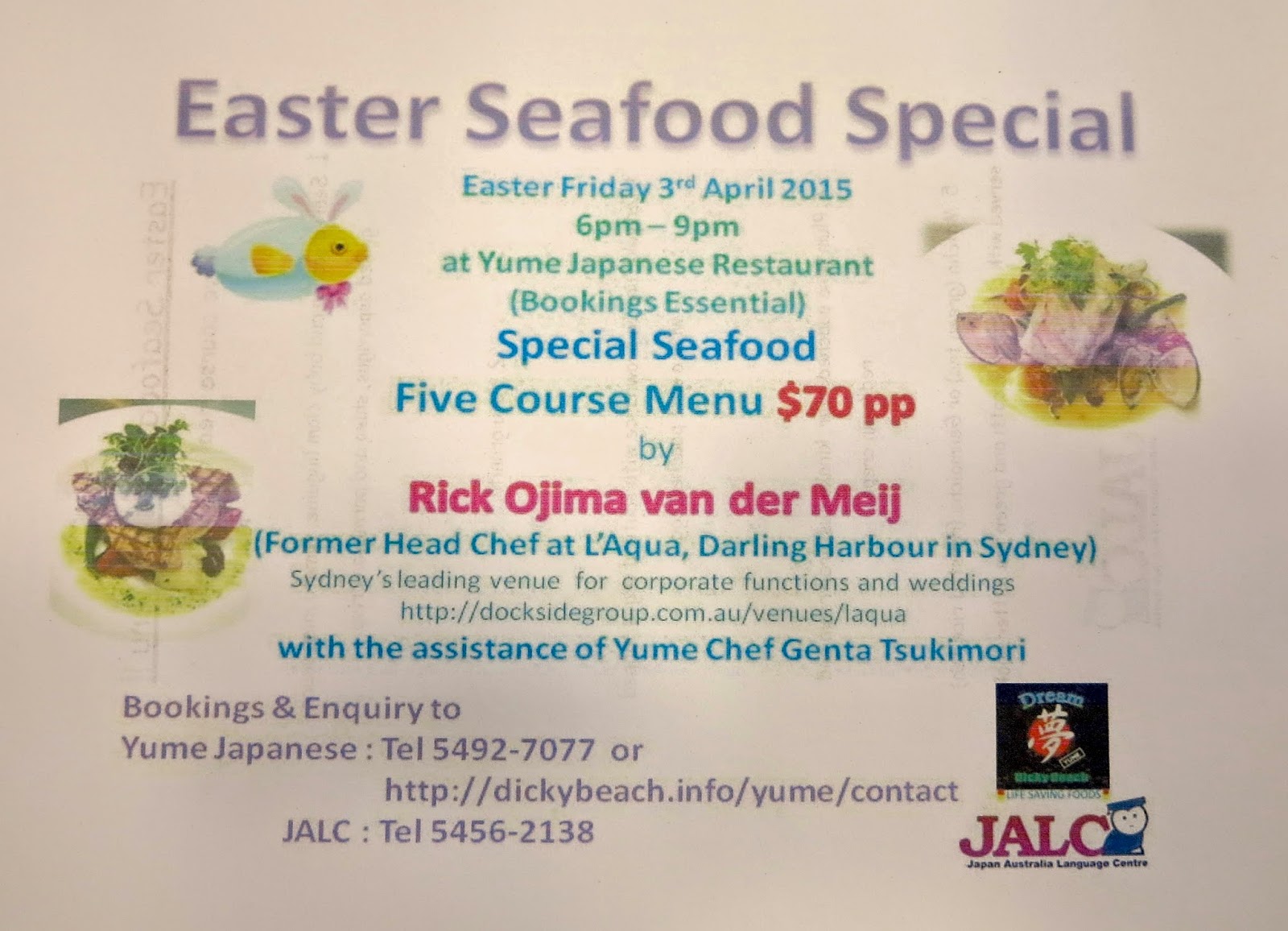 Posted by Rotary Caloundra at 18:20